The Great Battle of Mr. McClunky and Mr. Banana 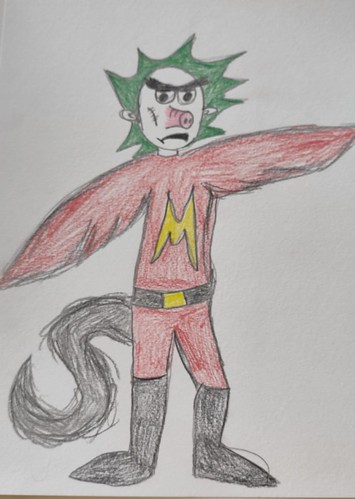 One morning Mr. McClunky woke up in his giant supervillain tower.

Mr. Banana the Mouse wanted to help the world. Mr. McClunky watched the news and saw that there was a new bank opening.

Mr. McClunky grumbled to himself and poured a cup of black milk and a bowl of villain flakes.

Then he got fed up and threw the bowl on the floor. 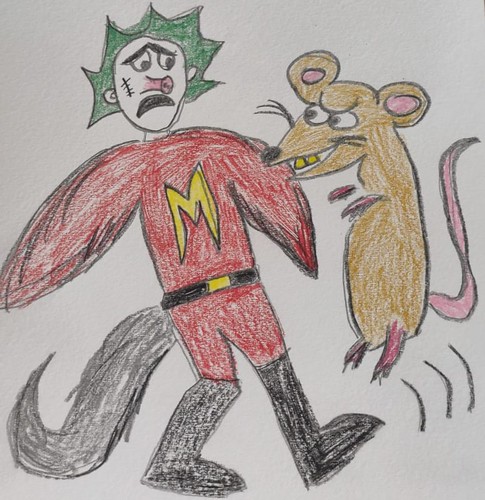 He decided to go and rob the new bank.

Mr. Banana the Mouse was at the bank, waiting to stop him.

Then Mr. Banana ran away and Mr. McClunky had to try and cure the rabies...