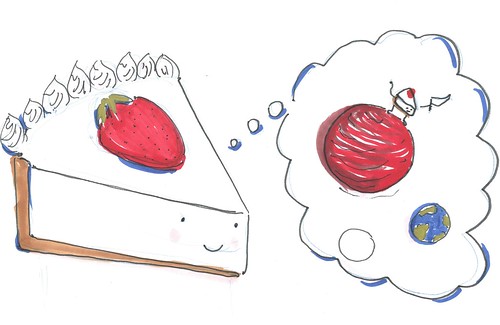 Once upon a time there was a cheesecake called Captain Gary Cheesecake.

Gary was screaming in the fridge because it was really cold. His friend, Brownie the Brownie, was in the oven in St John’s Bakery.

Brownie was due to be out of the oven in fifteen minutes but Gary had only just been made. Brownie really liked the oven because it was warm inside.

As soon as Brownie was taken out of the oven, Astronaut Jim (who worked in NASA) who made them both, was going on a big adventure to Mars.

Astronaut Jim went over to the fridge and opened the door. He saw the yummy cheesecake and took Gary with him on his adventure with a nice cup of coffee called Eric the Espresso.

Brownie and Gary were shaking in the car. They were traumatised because they didn’t know where they were going. 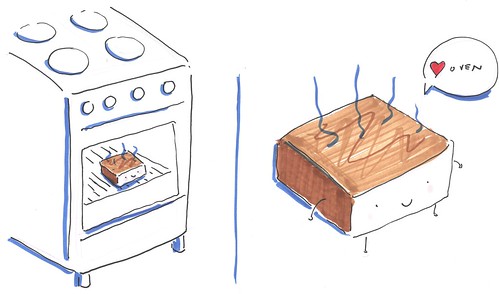 The astronaut went to take a big bite out of Gary, who screamed.

Gary jumped out of the window and Brownie came following after.

Gary explained to Brownie what they were doing and asked him if they wanted to be friends.

Gary and Brownie were on the road when a car came and nearly squished Brownie.

Gary pushed Brownie out of the way just in time.

Eric the Espresso knew he was going to be drunk so he jumped out the window to follow Gary and Brownie.

Gary hated being stranded, but it was better than being in the fridge. They were on their way to NASA...