The Great Adventure of Jacks and Billy 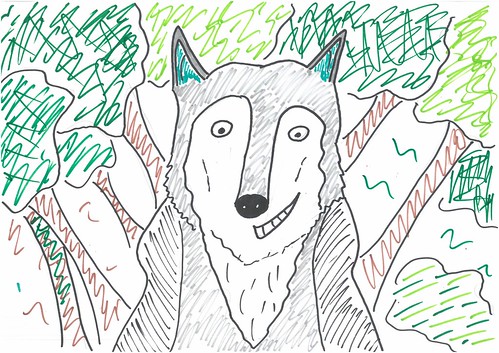 His greatest fear was Flame the dragon who lived in a nearby volcano.

Once he went in to the forest to look for food but found Jacks the husky. The next day they became best friends.

One day, while Billy and Jacks were playing and looking for food, Flame the dragon saw them.

“I have come to eat you for my lunch,” shouted Flame the dragon.

Billy picked up a stick in his mouth and slapped Flame’s tail. Suddenly Flame breathed fire from his mouth. 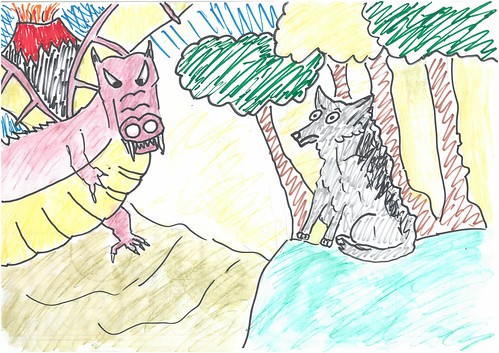 Flame got very annoyed and scratched Billy across the eye.

Blood dropped from Billy’s face and he howled. Suddenly Billy heard footsteps sprinting from behind the trees.