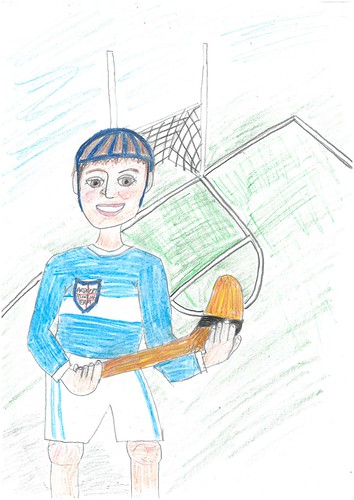 One morning Jimmy dreamed of being a hurler as he lay in his bed in Portumna.

He had just moved from Ardfert to Portumna.

He missed his friends in Ardfert and felt quite lonely.

He struck out to find a pitch in the hope of meeting some new friends who liked playing hurling. 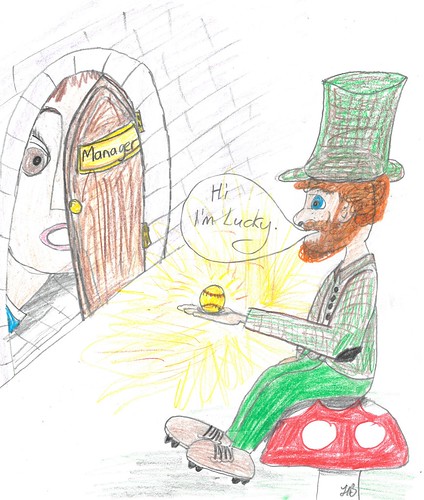 When he got there he found an abandoned dressing room.

He heard a noise coming from a hole in the floor.

He peeped into the hole but lost his footing and tumbled in.

In the hole he found a golden sliotar.

When he touched it he began to shrink. In front of him was a small door with a glowing light coming from underneath it.

As he approached the door he tripped and fell into the door which flew open. 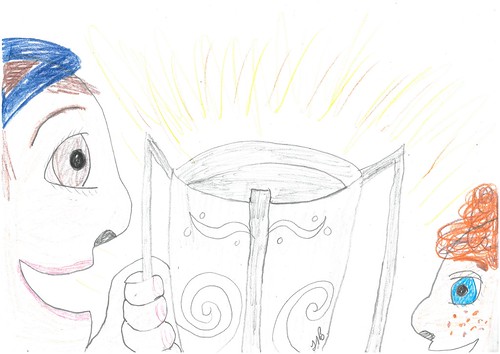 Inside he met a leprechaun who introduced himself as Lucky…