George vs Bob and the Juicer 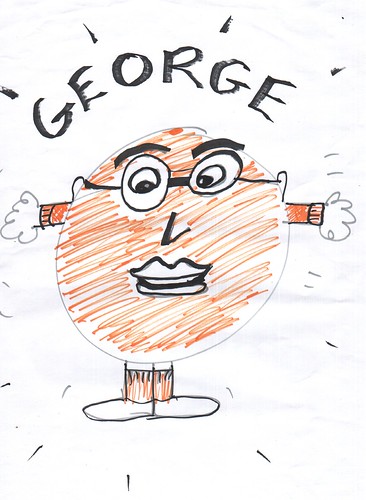 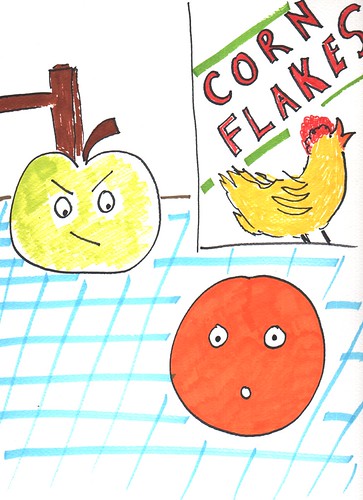 Once upon a time George the walking talking orange fell off the counter.

Bob, the apple on the counter, pushed him over.

George was rolling over on the kitchen floor and then he saw the family dog, Billy.

George tried to run away from the dog.

He climbed into one of the cupboards and jumped into a cereal bowl.

Then he saw the juicer!

The human in the house came down for breakfast, opened the cupboard and took out the cereal boxes.

But then the human changed his mind!

He decided he didn’t want cereal after all, but wanted the orange!

George tried to run away from the human being and the human knocked the cereal box over.

George saw the juicer and jumped inside… but forgot it was the juicer! 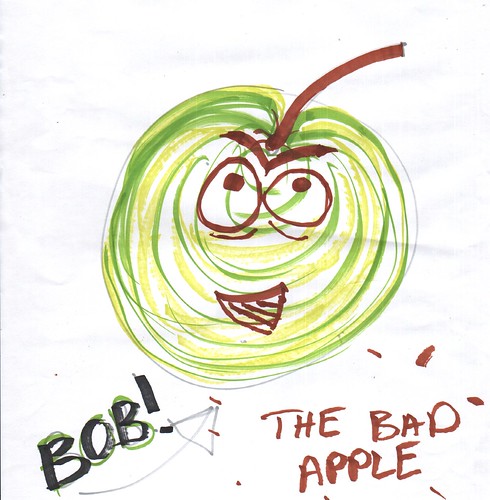 When the human saw George in the juicer he said: “Let’s have some orange juice.” 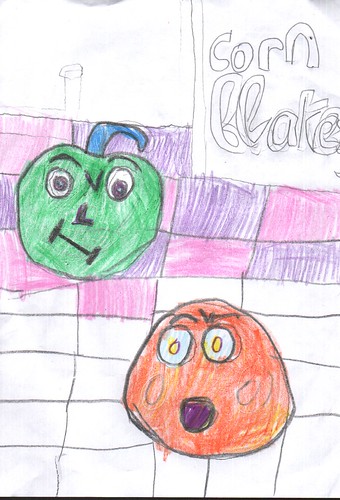 The human took the juicer from the cupboard and put Bob the apple inside it too.

But then the human’s phone rang and he became distracted.

George didn’t know that Bob the apple could walk and talk as well, and when George climbed on top of him to get out of the juicer, Bob the Apple pulled his leg…