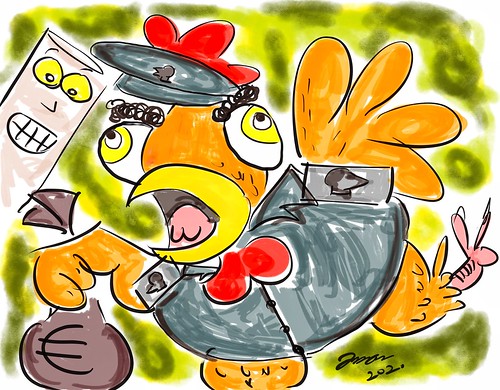 General Metal Chicken the Peacekeeper of the galaxy was at an abandoned castle guarding the outside door.

The FBI came to arrest him and George the Lip Balm. As they were driving, General Metal Chicken and George escaped and made their way to the bank.

They quickly robbed the bank and returned to the castle. They went into a random room and saw a black cat.

“No, let’s see what that black cat wants,” replied George.

The black cat got scared and ran away. 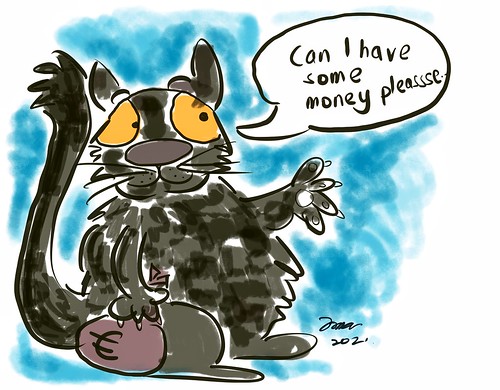 General Metal Chicken and George chased the cat because it had stolen some of their money.

“Can I have the money to go to McDonald's?” asked the black cat politely.

They went to McDonalds and ordered sixteen chicken nuggets and a Big Mac.

As they were eating, they saw a million bald people.  This time, General Metal Chicken was the one who screamed and ran away.

He forgot to take his money and the bald people stole it...