The Friendly Dragon and the Evil Men 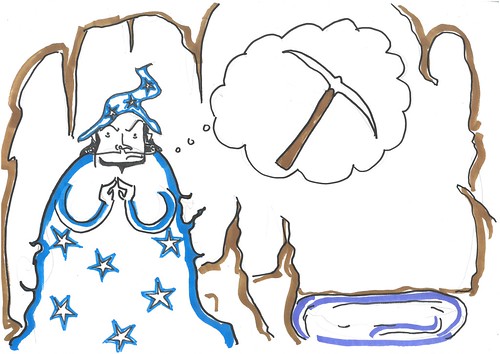 The Black Warrior and Evil Steve the Wizard were asleep in their castle.

The giant three-headed dragon peeked in the window and kidnapped Steve!

When the Black Warrior woke up that morning, he said, “Where’s my friend, Steve?”

The Black Warrior searched for the dragon and had a fight with him.

The dragon knocked the Black Warrior into a pit and knocked him out.

When he woke up, he found Steve.

Both Steve and the Black Warrior had amnesia and couldn’t find their home.

They wandered around and went into the forest and found an abandoned village. 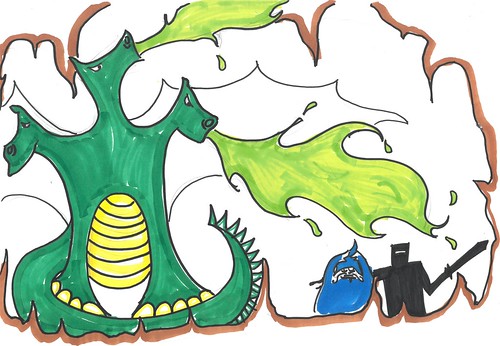 They found an abandoned cave as well and in the cave was the three-headed dragon.

He breathed POISONOUS fire at them. But he missed!

The dragon roared, “I’m sorry, I didn’t mean to kidnap you.

I was trying to get my ball out of your castle.”…