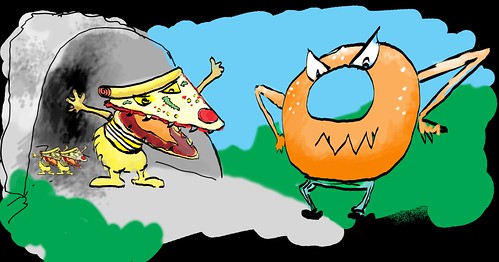 Once upon a time there was a giant pizza called Pepper Roni.

His best friend was Crisps, the alien, his head was made of crisps and his body was an alien’s.

They lived in a cave in a small village.  Pepper Roni’s biggest wish was for the world to be made of pizza.

Pepper Roni was afraid of the Donut Monster because he was trying to ruin his wish but also because a long time ago, both of their fathers had a fight, and Donut Monster’s Father had won. 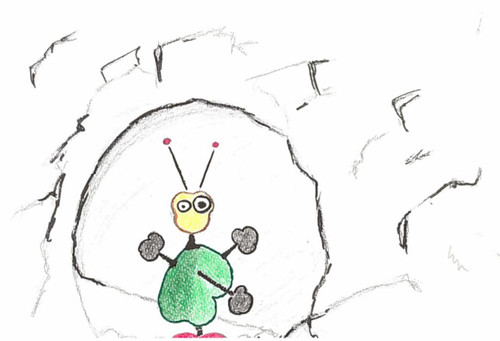 Donut Monster ate Pepper Roni’s Mother but not his Father, so he wanted to get revenge on the Donut Monster!

Pepperoni Pizza came out of the cave with his mini pepperoni pizza army and his best friend Crisps, and they saw Donut Monster with his mini Donut zombie army.

Crisps was hanging off the cliff with one arm...