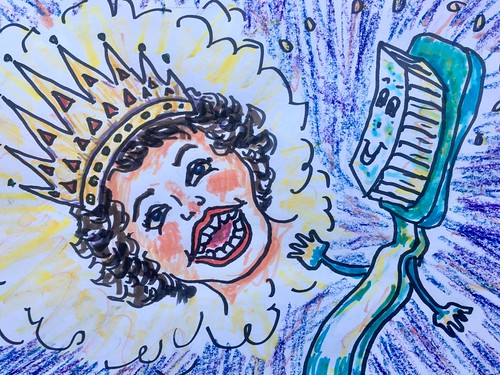 Jeffrey the toothbrush was sitting on the bathroom sink, thinking about what he would do with his life.

Jeffrey wanted to go and brush the Queen’s teeth but he didn’t know how to get there.

Jeffrey and his best friend Jimmy the sponge were on the toilet seat, eating beans.

Jimmy suggested, “Let’s ride the dog to the Queen.”

But they realised the dog was out for a walk. Suddenly Jimmy had an idea.

He pushed Jeffrey in the toilet, thinking that he was helping his friend get out of the house and to the Queen’s castle. 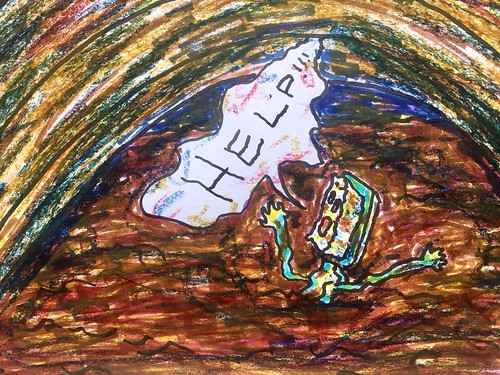 Jeffrey woke up in the sewer in a pile of poop. He met a rat named Filipe who became his new best friend.

Jeffrey told Filipe his wish. Filipe told Jeffrey that he knew a way from the sewers to the castle.

Jeffrey realised he’s still covered in poo and he wanted to get his bristles clean for the Queen.

Filipe said that Jeffrey could have a bath at his house and then they could take his magic race car to the castle...