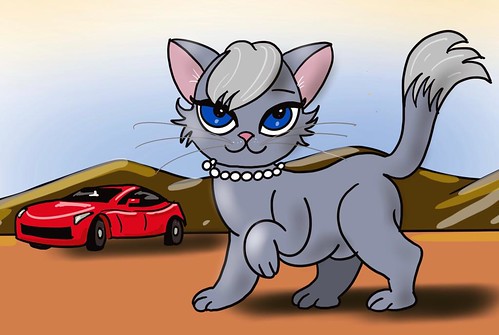 Floofy is a cat model that dreams of having a Tesla. Then she meets Jeff the dog.

Jeff the dog introduced Floofy to Chickety. After a while they became best friends. Floofy and Jeff the robot dog are going to the Sahara desert.

Floofy wanted to model with the lions. Rex the robot dinosaur threatens to eat them if they don’t leave the Sahara.

He called down his camembert spaceship to earth, but it crashed by accident. The cheese went everywhere. Chickety got scared and flew away.

Jeff and Floofy tried to run away but Rex created a sandstorm.

Floofy gets really mad during the sandstorm because she gets cheese all over her. Then she gets even more angry and storms off to her jet.

When she was on the jet she sees Chickety flying and she asks him to hop in. They are all feeling scared, annoyed and disgusted that they wasted their time going to the Sahara.

That’s when Floofy feels something breathing on her, there was a dangerous lion on the jet. The lion tries to eat Chickety.

Chickety was in the lions mouth and then suddenly she realises that Floofy is a cat and her own kind. Then the lion spits out Chickety. 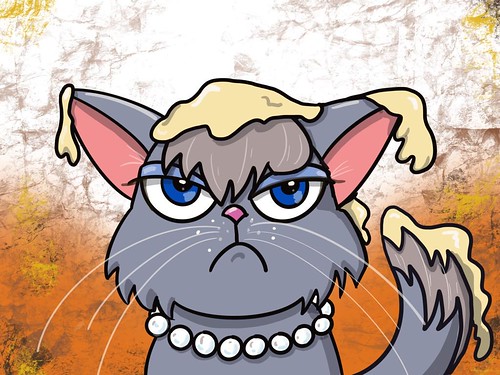 They team up with the lion to try and defeat Rex the dinosaur.

They land the jet in the Sahara and they find Jeff the robot dog. Floofy said that she would pay the lion as much as he wanted if he would be her slave.

She didn’t have one yet and wanted one. The lion refuses. But what Floofy and Chickety didn’t realise was that Rex was the one who put the lion on the jet.

When they stopped in the Sahara, they see in the distance what looks like a Tesla store.

Rex was hiding there, as there was loads of cucumbers in the boot of the car and Rex pops out and gives them all a really good scare…