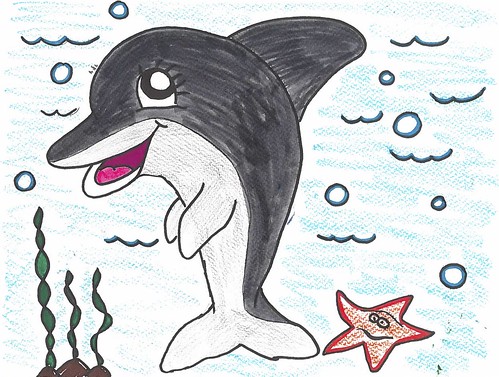 Once upon a time there was a penguin named Flipper. He lived in the South Pole.

He really wanted to be able to swim properly. Flipper was a very lonely penguin.

He wanted a friend more than anything. Then one day, he met Fin the Dolphin.

He also knew a swordfish called Reginald and he was scared of him.

One day, Flipper and Fin were playing happily in the water and they saw Reginald the Swordfish.

Flipper cannot swim very well and he started to drown. He felt something pull him up through the water; it was Reginald.

Then Reginald swam away and ate a fish for his tea. Flipper was left coughing and spluttering. 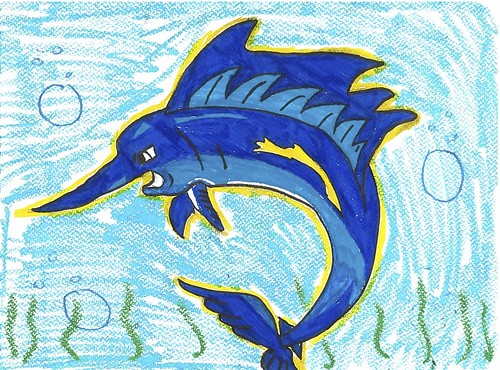 Then Fin brought Flipper back to shore.

Reginald turned back to try to eat Flipper. Then Wally the Walrus swam in and scared Reginald away.

“You know it's dangerous because you can't swim well,” said Wally.

From that day, Flipper decided that he was going to learn to swim properly. 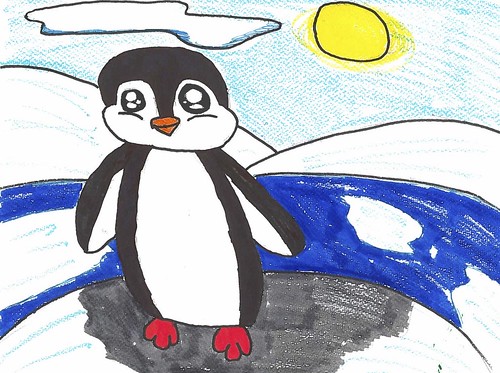 He hired a swimming instructor from the local swimming pool.

For the next few weeks, the instructor came over and trained Flipper to swim better.

But no matter how hard he tried, he couldn't get it right.

He practiced every morning and every night, but it just would not work.

He decided to get a new swimming instructor. Unfortunately, the new instructor was Reginald!