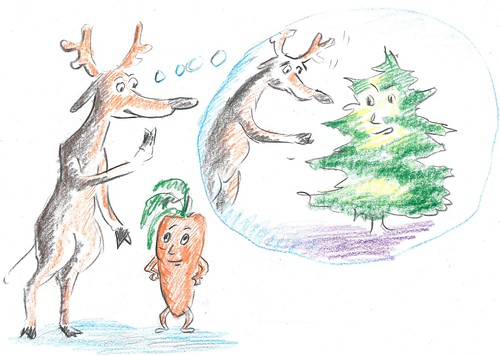 Once upon a time there was a reindeer called Johnny the Long-Nosed Reindeer.

Johnny always wished to be friends with Larry the Crazy Christmas Tree.

The problem was that every time Johnny wanted to ask Larry to be his friend, he was afraid that Larry would say no.

They lived in Jingle Bell Hall. The year was 2021. Sometimes Santa came in, making them eat milk and cookies.

Larry had a brother called Jonathan the Christmas Tree. Johnny the Long-Nosed Reindeer had a best friend called Rob the Carrot.

It was five days before Christmas and Johnny could not find his friend Rob the Carrot.

Johnny suspected that someone had stolen his friend Rob.

Johnny had been thinking about getting Larry a Christmas present, but sometimes Johnny the Reindeer was afraid of Jonathan. 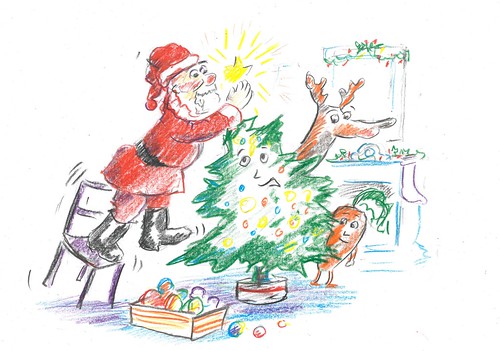 Jonathan was a bully and he gave out a lot.

Johnny suspected that Jonathan has Rob the Carrot. Johnny had the IQ of 45 but he didn’t act smart.

Jonathan liked to eat carrots, which made Johnny worried in case he ate Rob the Carrot.

Rob the Carrot might feel offended because Jonathan ate all of his family!

Johnny fell asleep and the next morning he woke up to see that Santa was decorating the Christmas tree.

The Christmas tree that Santa was decorating was Larry...