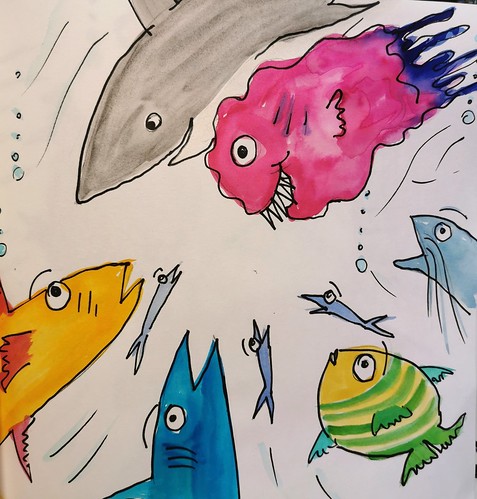 Blobby the Blobfish lived in the English Channel. He was very lonely and didn’t have many friends.

The reason that he did not have many friends was because he had giant teeth and looked ugly.

One day, Freddie the Shark came along and said, “I will be your friend.” But in his head, he thought, I will eat him one day.

Freddie spent a lot of time with Blobby until he realised that he didn’t actually want to eat Blobby.

Suddenly, a basking shark appeared and it was like an underwater tornado.

“I’m going to eat you!” shouted the basking shark.

Freddie risked his life to save Blobby.

He tried to fight off the basking shark.

“You run Blobby, and I’ll take care of this shark,” Freddie whispered. 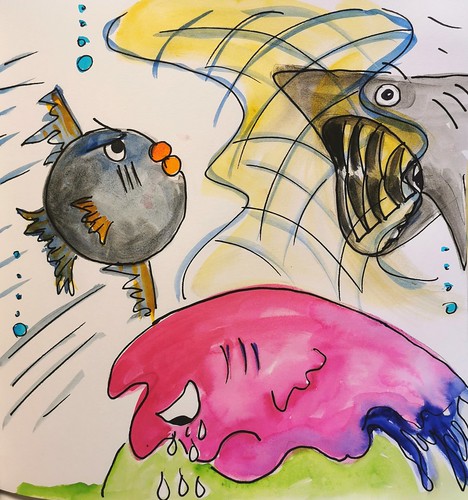 Blobby rested on a big rock and started sobbing.

A canon fish saved Freddie from the basking shark.

He was so talented that he could use his fins to take a fisherman’s net to use like rope.

Freddie was so tired that the canon fish gave him something to eat.

After the basking shark swam away, Freddie, Blobby and the canon fish went to an ice cream parlour.

The basking shark was at the ice cream parlour too and when he noticed Blobby, he chased him.