In the Field of Wild Flowers 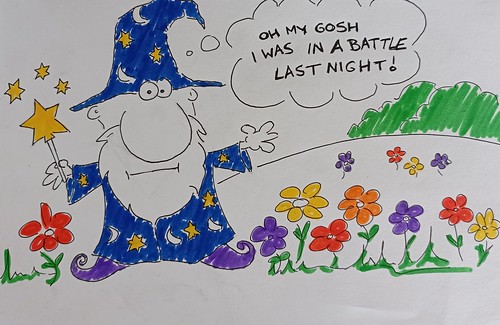 Once upon a time in a faraway land, a wizard woke up in a field of wild flowers. He was having flashbacks of a battle he was in, the night before.

He was fighting his enemy The Black-Cloaks man, in a dark, gloomy forest. Jimmy had thought that he had died. He was confused when he woke up.

Lillian was also in the battle and Jimmy had hurt her by accident.

He was casting a spell on The Black Cloaks-Man when, suddenly, everything went black and he heard a faint scream in the distance.

It was Lillian and she was screaming because she was hit by the spell.

“I’m turning into stone!’’ she exclaimed. 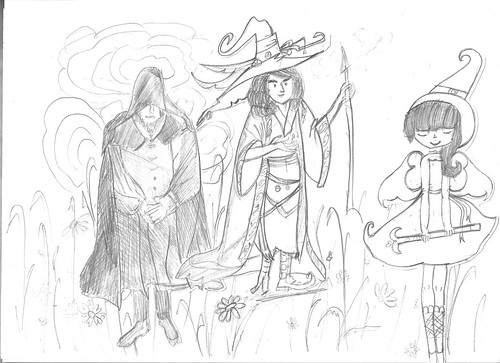 “Nooooooooooooo!!!!” Jimmy shrieks as he was falling to the ground.

The Black-cloaks Man blasted Jimmy into the distance…landing in the field of wild flowers.

Jimmy struggles to get to a seat. A voice in his head tells him he’ll never win.

He remembered that The Black Cloaks-Man had taken Lillian. Jimmy decides that he is going to dedicate his life to saving Lillian.

Jimmy is in love with Lillian since his parents disappeared, he was eight when they vanished.

His parents went to fight The Black-Cloaks Man and never returned. He wants to get revenge for his parents death and he also wants to save Lillian.