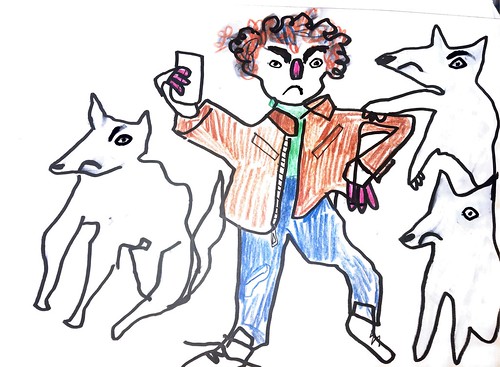 Once upon a time there was an old man. This old man got married and got a child that was evil.

He broke up with his wife and they never met again. He lost all his money. Then the evil child grew up and became a step dad.

This old man was the step father of a daughter and a son.

Then the old man had an injury. He crashed into a tree on his motorbike.

After going to the hospital he was angry because he didn’t want his children any more.

He went gambling with his friends, the pack of wolves.

At the hospital there was a black cat. The cat haunted him. 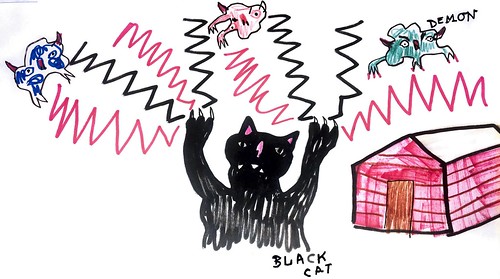 He saw the cat summoning demons around his house.

When the old man came back from the hospital he asked his friends to get rid of his daughter and the black cat.

She ran away from home and went to her old parents house.

The demons all got sucked up into a black hole. 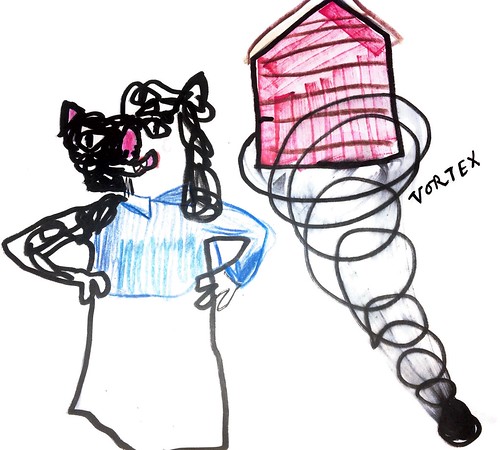 He didn’t like his house cos it was an old wooden one.

The old man and the step father went to the pub and the black cat gave the man a big scrape.

Then when he came back from the pub his house got sucked into a vortex.

The cat turns into his old wife. He saw the demons and talked to them and they became his army.

Then he realised it was a trick…