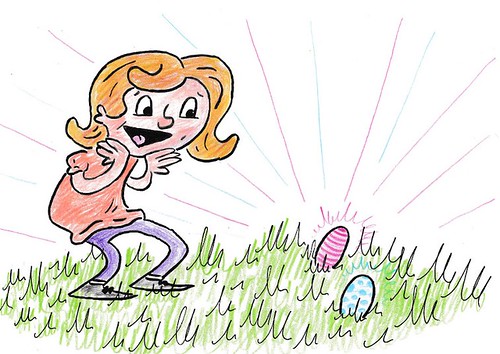 I was hunting for Easter Eggs when suddenly I stumbled across the most amazing, gleaming, magical eggs.

They were spotty and stripy, they were lying in the long green grass, and I looked around to make sure no one was looking then I quickly grabbed the two eggs and ran to look for some more, I found two more.

At the end, me and my two friends Lily and Molly sat down on the concrete and showed each other what was in them.

My two eggs I found in the long grass were different then every other eggs in the whole Easter egg hunt.

Lily only found two, she opened hers first and found chocolate buttons in one and jellies in the other one.

I went next I had four eggs I put my strange two that I found in the long grass into my pocket and I opened my other two. I got milk chocolate buttons and jellies. 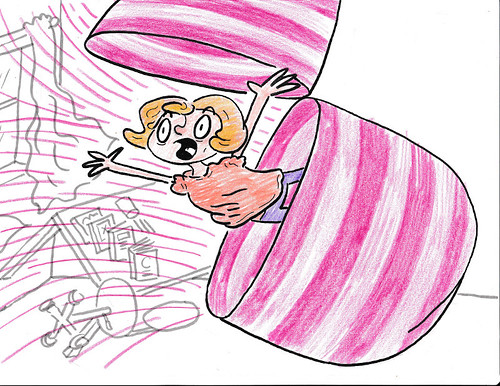 My mam called me to go home. I whispered, “Good timing.”

“What?" Lily and Molly said.

When we were in the car, I wanted to say something but I didn’t. When the car stopped, I ran up the stairs straight to my room I opened the blur spotty one first, it had a strange type of money in it I opened the pink stripy one this one grew half the size of my bedroom when I opened it up it pulled me inside.

I still had the money in my hand I was in the egg the egg was moving then the egg shrunk but so did I. 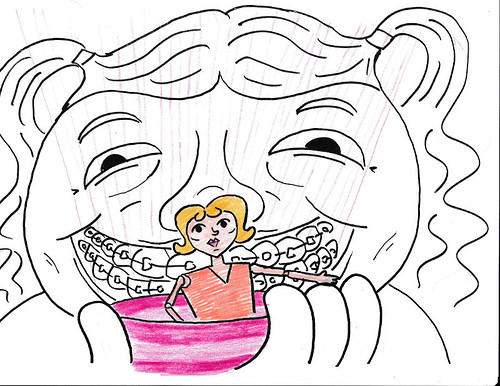 I heard some kids playing I peeked out a little crack in the egg I was in an egg for a kids’ Easter egg hunt!

Someone picked me up and shacked the egg the child put me in its basket and ran away.

After the egg hunt, they were opening there plastic Easter eggs. A little girl with high pony tails and braces opened the egg I was in.

"Look, Mammy! It’s a new Barbie and it comes with Barbie money!” I moved my eyes down to look at the money.

It had turned to Barbie money. I tried to talk but I couldn’t. 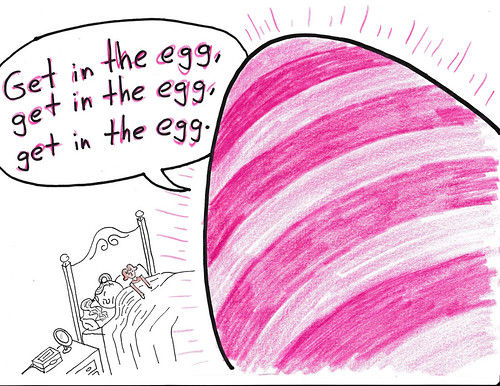 The girl brought me back to her house and wouldn’t let go of me.

When she went to sleep, I could move and talk.

I got out I was back in my bedroom I opened my window and threw the egg out.

That was the last Easter egg hunt I’m ever going to!