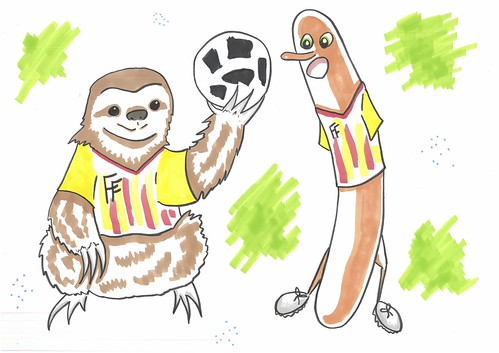 Sam Sausage and Dodgy the Sloth were watching the game in silence and shock.

The crowd were jumping up and down. Dodgy even let out a very slow scream.

Sam Sausage has always dreamed about being on the pitch playing for Fast Food. 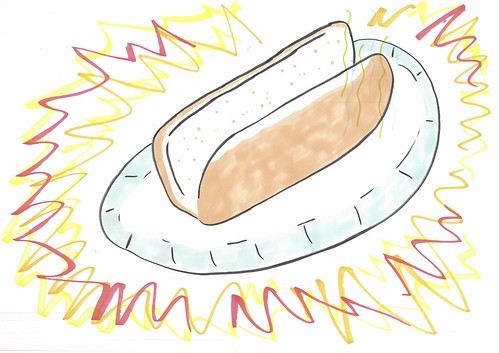 The final went into extra time and into penalties. Dodgy was still screaming.

Unfortunately, Sam knew his dad would be going crazy about scoring the winning goal.

Sam was worried that he would never be on the team.

They went to a restaurant after the game. Dodgy ordered a hot dog in a bun.

Sam got really angry and slapped the bun out of Dodgy the Sloth’s hand. 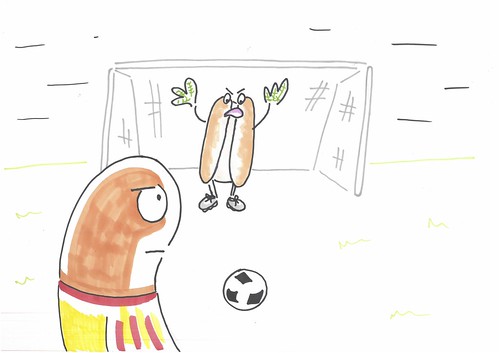 Mustard was sweating down his face. Dodgy let out a disappointed sigh.

Seven years later, Sam decided to do trials for the team.

Sam’s dad did not think he could play for Fast Food, but Sam knew that he could do it.

He was determined to beat the hot dog buns in the trials...