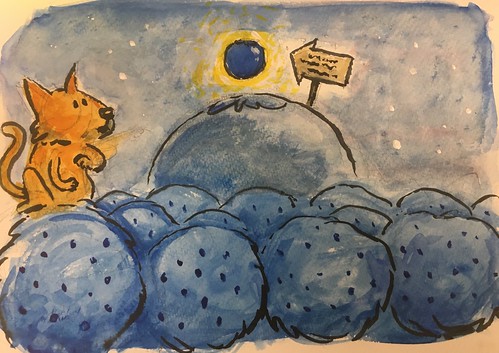 Every single day he plants blueberries, because he likes to eat them.

Bluppo’s best friend is Firestar the Talking Cat. He lives in the jungle in Blueberry World.

One day, Bluppo walks up to Firestar and says: ‘What’s you greatest wish? Mine is to turn into a giant blueberry.’

Firestar replies: ‘Mine is to fly.’

Suddenly, Firestar remembers that one night when he was up in a tree collecting blueberries he saw a giant blueberry in the sky. 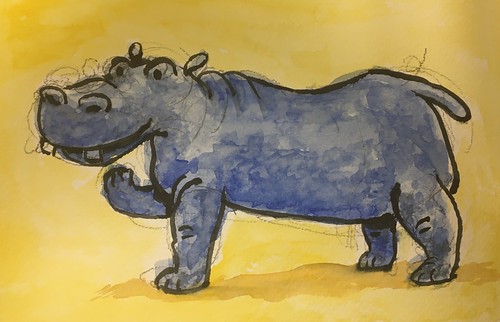 It had a message that said if he climbed Blueberry Mountain and ate the blueberry on top he would turn into a giant blueberry.