Skip to main content
Home Stories Drake and his jockey

Drake and his jockey 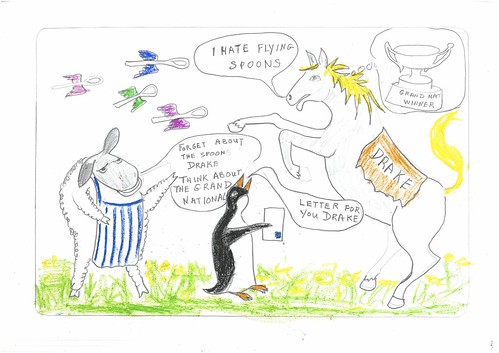 Drake, a dark horse, woke up and went downstairs to get his breakfast.

He threw the table out the window because that day he found out he had been adopted.

He had been chatting to Conor the sheep, his mum, and she let it slip out!

Then came a knock at the door, it was Pengu, the penguin, and he said “I’m coming in!”

He then said “I’m your long lost brother and I’ve just got a letter that says you have been awarded a place to run in the Grand National this year”.

Drake said “Thanks, do you want to be my jockey?”  and Pengu said “No, there is already a jockey called for you, he is called McGregor” 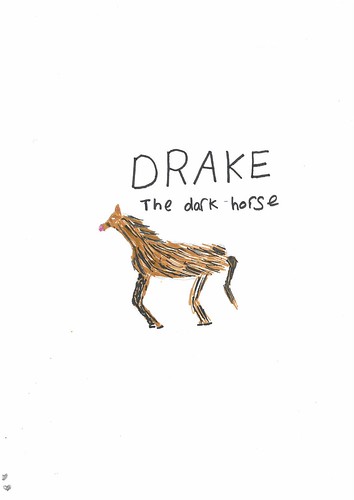 “How did you get the letter if it was meant to be addressed to me?” asked Drake.

“I am the newest postman in Marnia” replied Pengu.  “I saw my address on the letter but it also said it was for you”

Drake fainted with the shock of the news and on top of seeing Conor the Sheep doing squats.

When he woke up there were flying spoons everywhere coming out of the cutlery drawer.

He screamed and ran outside where he saw a dragon with spoons in it’s back pocket and he fainted again.