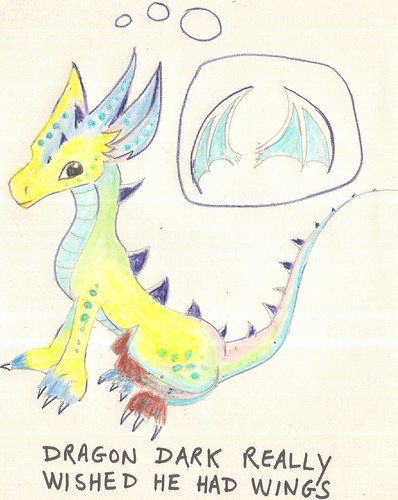 Once upon a time there was a dragon called Dragon Dark.

He had a girlfriend called Jewell. They liked to play together.

His girlfriend had wings but Dragon Dark did not.

They were flying through the sky, Dragon Dark sitting on Jewell’s back when they landed on a volcano. 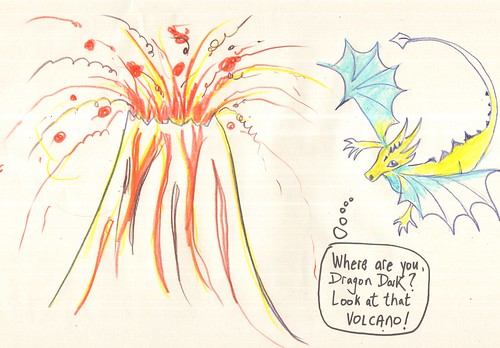 ‘You are beautiful,’ Dragon Dark said to Jewell.

‘Thank you!’ replied Jewell, ‘That’s why you are my boyfriend.’

‘You can fly really high in the sky,’ said Dragon Dark. ‘But I can’t.

I wish I had wings and then I could marry you.’

Then they went to feast on some humans.

But then they saw Daddy Dinosaur hunting for dragons …