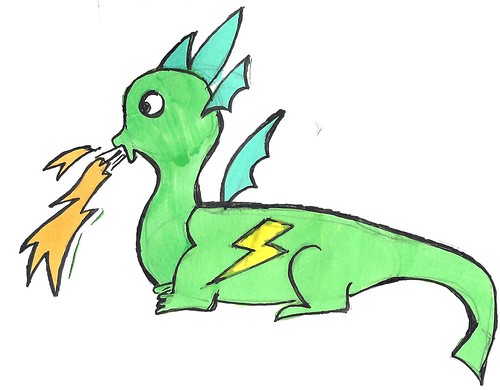 Lightning was in his cave wondering what to do. Electro came in and they went outside.

There was a bad guy in the bushes trying to shoot them, but Electro electrified the bad guy.

But they did not know that the man owned Volcano so he burnt the town to a crisp.

Volcano was the biggest dragon in the village. Lightning and Electro were the best of friends and they would never grow apart.

Then Volcano hurt Electro in the head, and it was sore for a month, but it was better again after that. Then Lightning and Eletro went to see where Volcano lived. 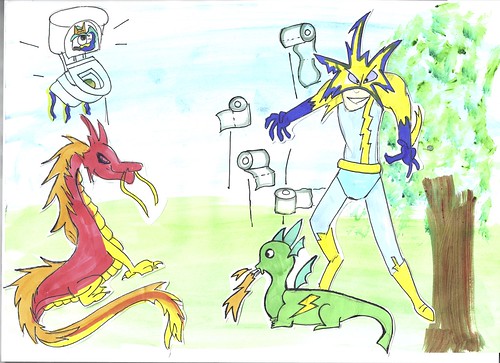 But before they could finish the conversation toilets attacked them from the sky.

Electro got wrapped up with toilet roll! The guinea pig came back and smashed up all the toilets and saved them from the toilet paper.

Then the toilets fell down and smashed on Volcano’s head...