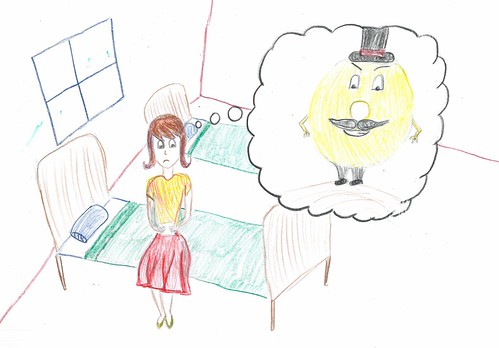 It was a cold Saturday morning and there were doughnuts for breakfast, but Stacey didn’t want any.

When she was in a doughnut shop in Notre Dame two months ago, her parents had been parentnapped by a giant doughnut with a moustache and a top hat.

He had been disguised as a statue so he could strike at any moment.

Stacey was stuck in an orphanage because her parents were taken.

She was looking out a window thinking about her parents when she heard a gunshot and saw Alfie the dog being shot at in the street. 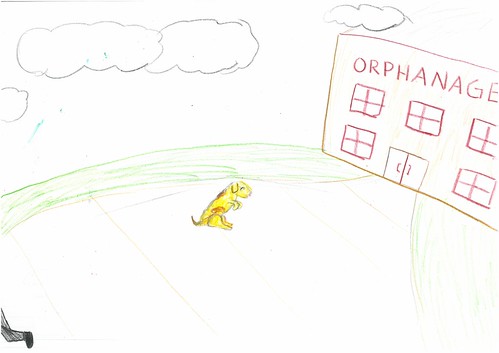 She stuffed the doughnuts in her bag and sprinted outside to save him.

She ran after the man with the gun.

“Stop shooting you crazy maniac!”, she screamed.  By the time she had gotten to the road where they’d gone, the man had disappeared.

Then she realised that the dog was lying motionless on the ground.