Don’t Mess with Fred When He Has Your Bread 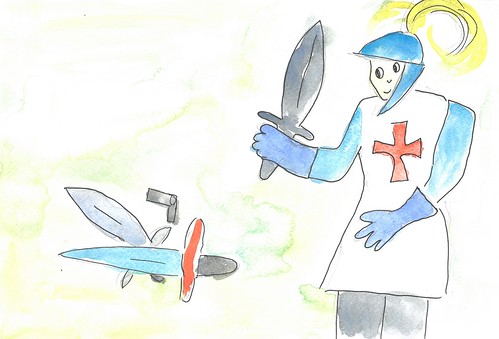 There was a man called Sir Frederick the Amazing. The evil hamster Fred kept stealing his bread.

Sir Frederick the Amazing and Brick Dam Sonny the Brick, his best friend, went to track down Fred in Jelly Bean Land.

On the way, they were both really hungry and they wanted to eat their bread but they couldn’t because Fred had taken it. Instead, they ate their shoes.

A kind old man invited them into his jelly bean house and it turned out that he was a wizard.

The wizard gave them a map to guide them on their journey.

Unfortunately, Sir Frederick and Brick Dam Sonny lost the map down a well.

Brick took off his coat to use it as a rope and Sir Frederick climbed down the well to try get the map - but he fell in and broke his arm. 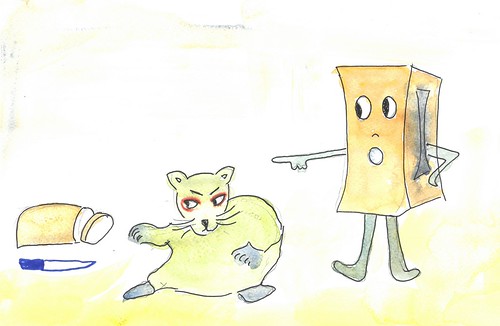 Brick helped Sir Frederick out of the well and they go against flying skunks.

They had forgotten to bring their deodorants!

Sir Frederick and Brick walked down a path and they came to the edge of a cliff.

When they looked down, they saw Fred the evil hamster looking up at them.

“Hello, I’ve been waiting for you,” said Fred with an evil voice, holding Frederick’s basket of bread…