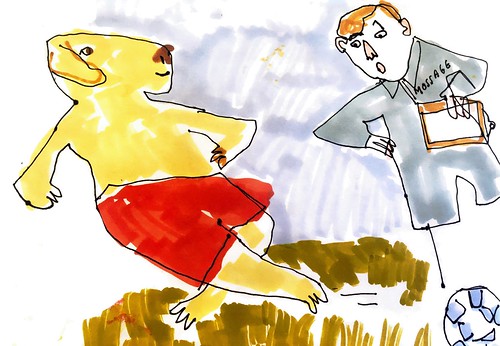 Have you ever heard of a talking dog? I hadn’t either. There is an amazing talking dog who plays soccer.

His name is Andy. Andy was playing five-a-side street soccer in Tallaght, Dublin.

Andy worked very hard on his game and was seen by a scout from the irish academy.

Mossage, the scout, thought his mind was made up when he saw another player, but he was wrong.

Mossage was a renowned scout, who was known for finding the best players.

“How are you, I saw you playing out there, you’re very good! What’s your name?” said Mossage. 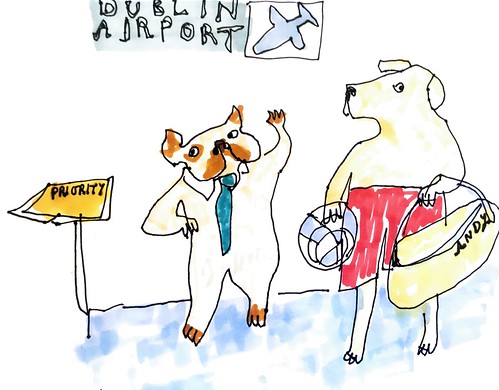 “I’m Andy'' Andy replied nervously. Mossage invited Andy to play at Chelsea DFC. Andy was delighted that he was seen by such a high-profiled scout.

He would run away from his owners that very night. Andy takes the bus to Dublin Airport using his woof card.

He felt sad leaving his owners, who had been so good to him, but he had to pursue his dream.

Upon arriving at the airport, Andy saw a huge crowd and got very nervous.

Marvin, his best friend and manager, leads Andy through the priority queue to avoid the crowds.

Marvin walks with a limp due to an old injury. Marvin used his cuteness of being a pug to get through the crowd.

As their plane took off, they looked out the window and spotted the plane they should have been on…