Diary of a Rubber Hose 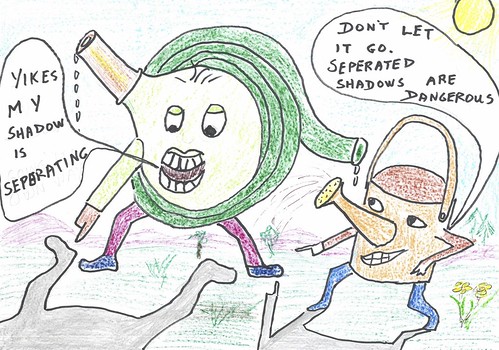 I was burnt and alone until I met Drippy, the watering can and she put me out.

After the fire I discovered my shadow had separated from me.

“Where are you going?” I said to my shadow.

“I’m going bowling” replied the shadow, “and try to stop me!”

I followed my shadow to the bowling alley and on the way I saw him knock over an old man.  He kept going. 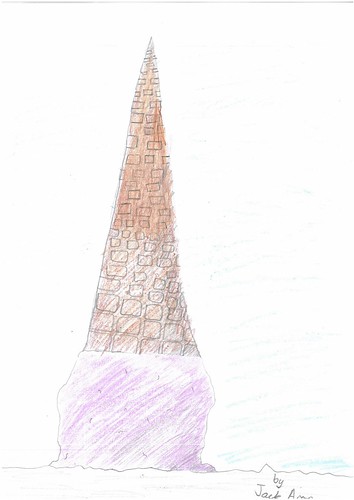 Then I saw the most extraordinary thing..the shadow spewed out a shadow horse and he rolled into the bowling alley.

I realised he could turn into anything because he was a shadow.  I followed him cautiously into the bowling alley.

I lost sight of him but when I looked through the window I saw a little girl crying.

I saw that there was an ice cream on the ground and I realised it was the shadow.  I spotted it tiptoeing off…