The Depressing Life of a Pickle 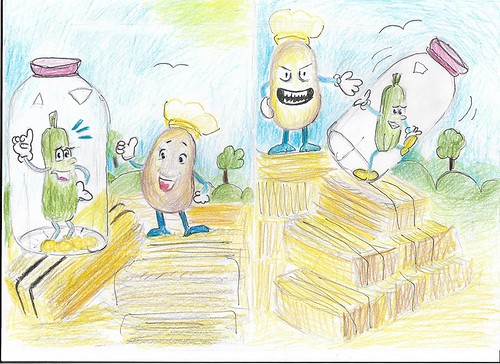 There was a war between pickles and potatoes in Kerry.

All the way down South Kerry, Rick the Pickle and Paddy the Potato were talking about how they were going to be free of the war.

Rick and Paddy’s families were friends who hated the war. 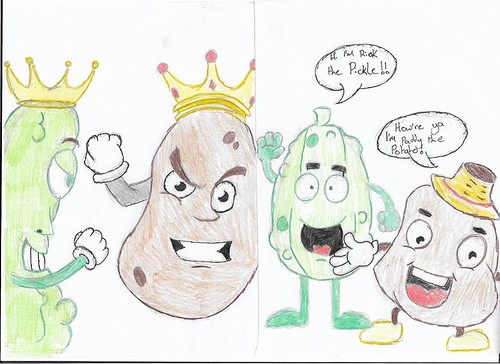 The two were in the countryside on Rick’s farm.

Rick was talking down to Paddy from his jar, which was perched on a haystack in the barn.

The jar was old and mouldy. Rick had been stuck in his Pickle Jar his whole lifetime.

The farmer had worked his way through all the other jars and Rick’s was the only one left.

Paddy had had to roll over to him in secret to talk about the war. 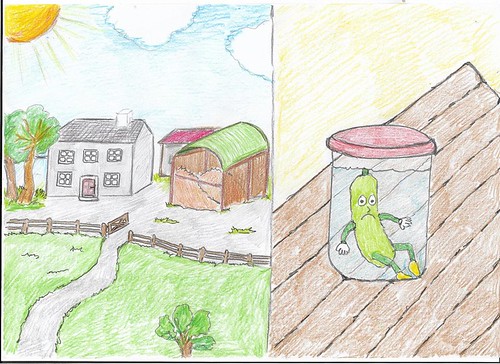 They had been arguing about the war for two hours.

Rick wanted to it to end so everyone could be free, but Paddy wanted no part in it.

He had a decent life and wanted no trouble.

Eventually, Paddy the Potato snapped at Rick and rolled home.

Soon after, his family joined the war ...