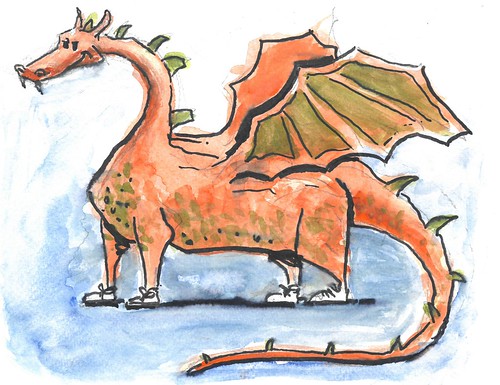 Deathwing the dragon was in the middle of a dragon battle. He was losing but he still had a chance to win as he was the biggest dragon.
Just then, Deathwing flew to the nearest pothole and barfed. Someone had stuffed a shoelace down his throat.

“Mooo..”
Deathwing was now awake. Emma his best friend the overweight cow had woken him up.

Deathwing said, “I was having a really bad dream.”
“Mooooo” replied Emma.

Emma could only say “Mooo” but Deathwing knew that she was really asking if it was time for breakfast.

It wasn’t time for breakfast, but it was time for lunch because Deathwing had slept in.

It was raining outside so Deathwing put on his shoes. As he was tying his shoelaces, he remembered his dream. The metal tips had caused him to throw up.

“Hey Deathwing, remember me from your DREAM!!!” said the shoelace nastily. “You barfed me into a pothole.” 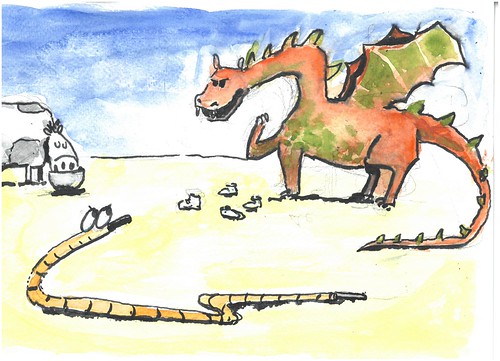 “Shut up Tim!” shouted Deathwing, “or I will burn you into a crisp.”

Tim the shoelace wriggled out of Deathwing’s shoe.

“This isn’t over Tim!” yelled Deathwing.