The Day of the Life of a Bald Egg 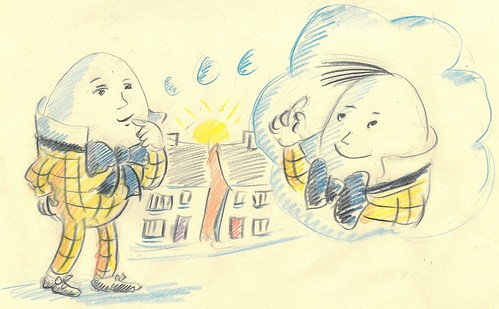 One lovely morning, there was an egg called Mr Bald Egg. Mr Bald Egg stepped outside his house because he heard his neighbour calling him.

Mr Bald Egg’s neighbour was a possessed pig and he was calling Mr Bald Egg for breakfast.

The possessed pig’s name was Gerald. They ate eggs and bacon for breakfast. Mr Bald Egg ran home to cry because he had just eaten eggs.

After he finished sobbing, he got ready for the day ahead.

On his way to the mysterious land, Mr Bald Egg had to jump over a wall. 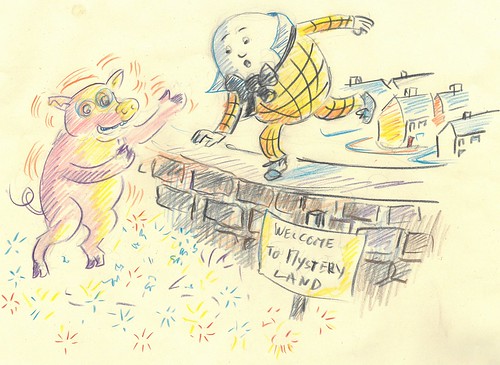 When Mr Bald Egg was climbing the wall, he nearly fell. Eventually he got over the wall and then he fell.

He was about to hit the ground but his best friend saved him.

While Mr Bald Egg was walking, he realised that he might’ve cracked if his best friend hadn’t been there.

While riding on Gerald’s back, they came across a road. When Mr Bald Egg told Gerald to go faster, Gerald then realised he was possessed and started to go really fast.

After a while, they bumped into the FBEggs and they asked them a few questions. 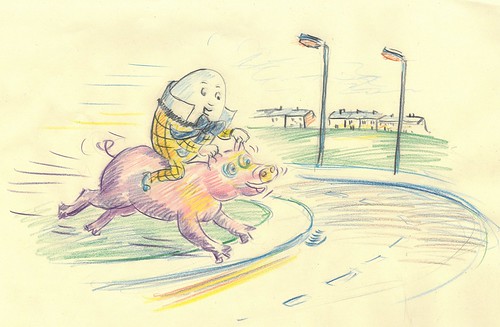 The FBEggs asked the Bald Egg and Gerald, “Why are you going so fast?

Why are you riding his back?”

The FBEggs said, “We’re going to take Gerald away.”

The FBEggs took Gerald away. Mr Bald Egg was sad that his friend was gone...