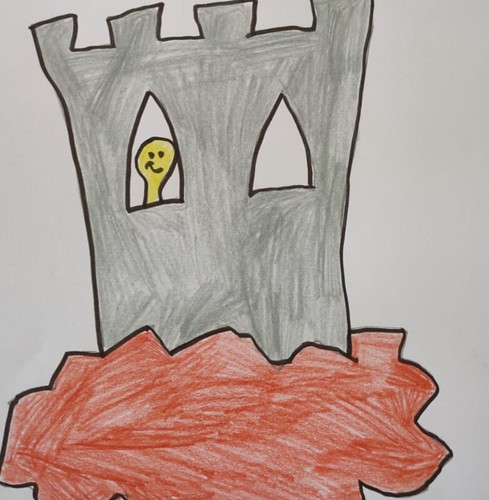 Once there lived a dishwasher called Danny. Danny and his best friend, Daragh the Dishwasher Tablet were having a good time.

They were playing a game called Wash the Dishes. They wanted to see the Golden Spoon.

The Golden Spoon lived in a big castle.

The castle was in the scrap yard which Danny feared.

As they stood at the gate of the scrap yard, they goggled in awe at all the scrap. 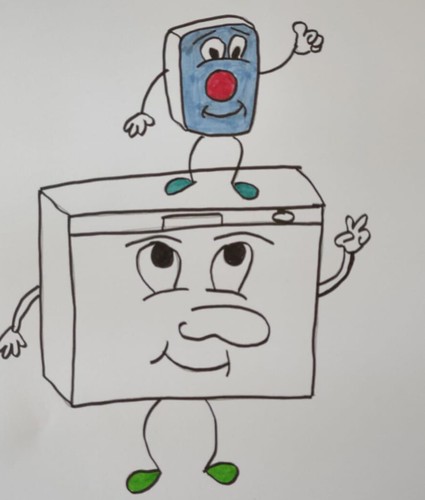 At the corner of Danny’s eye, he saw a broken dishwasher and feared it could be him one day.

“Why don’t we jump over the wall?” Danny said to Daragh.

But just then, the clouds opened up and the rain poured down.

Then Danny fell off the slippery wall and broke. 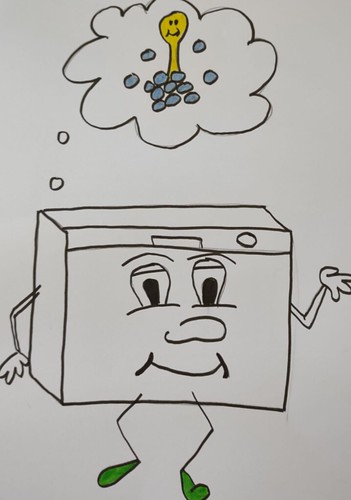 As the rain began to lash, a drop of water fell on Daragh and he began to disintegrate.

They could see the Golden Spoon through the castle window.

But Danny was too sore to move...