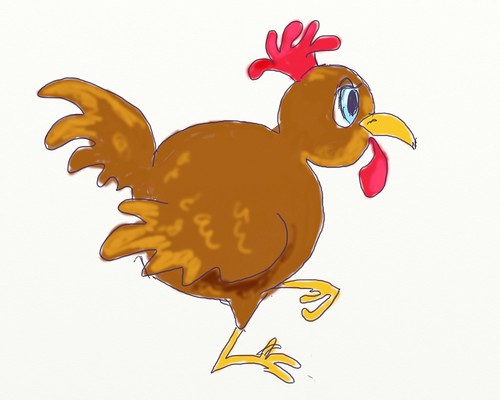 Claire the Chicken was a weird chicken, she was scared of the ground.

She always wanted to eat KFC even though she was a chicken.

She didn’t have any money so she had to rob the KFC.

Claire’s best friend was Alanna the Duck who was a very small duck. Claire was determined to fly into KFC. 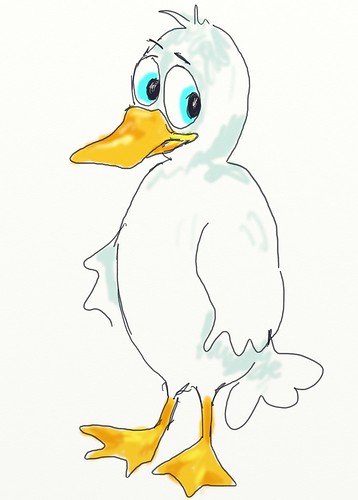 The only problem was that she lived too close to McDonald’s.

Not only did she have to learn to fly, she would also have to avoid getting turned into McDonald’s chicken nuggets.

One Wednesday, Claire was on the farm and she heard a rumour that she was going to be turned into meat.

So Claire and Alanna formed a plan.

They were going to get help from the other animals on the farm.

“We need to steal a car,” said Claire to Alanna. 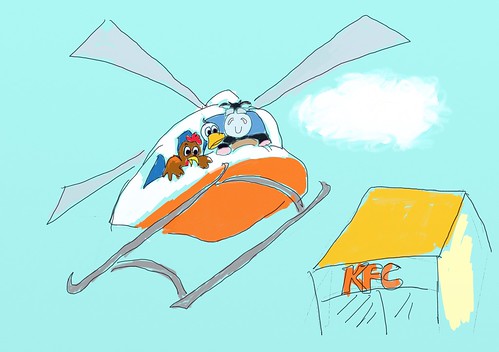 “We’ll get John the Cow to drive,” said Alanna. “But what about a helicopter?”

“We’ll need the other animals to make a diversion,” said Claire.

Later on, they were flying in the helicopter when by mistake, John missed KFC...