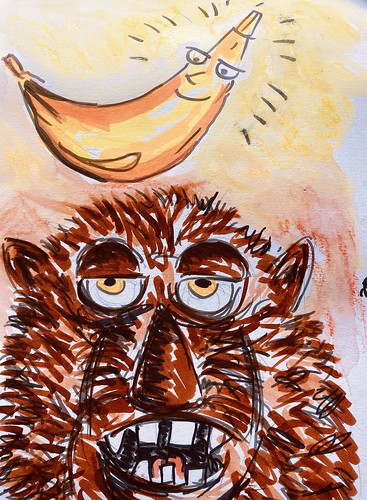 Chunky the monkey and his best friend Shakie the snakey were walking down the street.

Chunky received a note that two years from now the oof army would come to battle him. 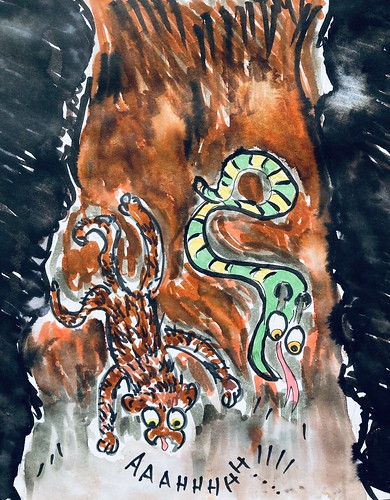 Chunky was very worried. They tried to find a place to hide from the army.

Chunky and Shakie went to the army to steal an army boat from their secret base.

They saw that the boat was on land and saw a lot of traps.

“Do you see the golden banana? I wonder what it could do” Chunky whispered to Shakie.

There were no traps by the golden banana.

The golden banana was a trap! There was a trip-line that made them fall into a hole. 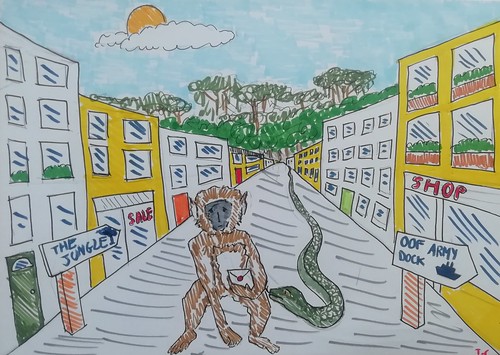 “AAAAAAGGGHHHH” they screamed. At the bottom of the hole there was a secret passageway.

“We need a passcode to get through the stone wall” Chunky whispered. “What password would we use then?”.

They found hieroglyphic paths on the floor they had to arrange. They arranged them by size.

Chunky said “Oh no it didn’t work”. “Maybe we could try putting it in the order of the rainbow” Shakie said. 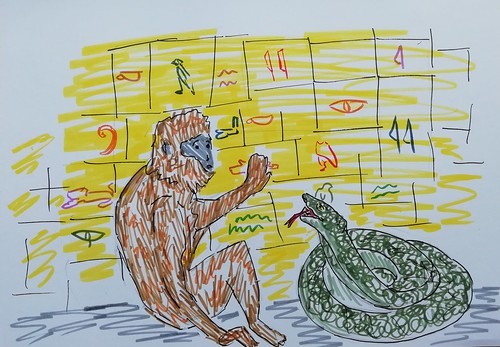 Again, it didn’t work. Finally, they tried it in reverse rainbow order.

It worked and the secret passageway was opened.

After Chunky opened the passageway he got sucked up a tube and went up . . .up . . . up and the oof army was waiting for him in that spot.