Chuck, Noah and the Black Plague 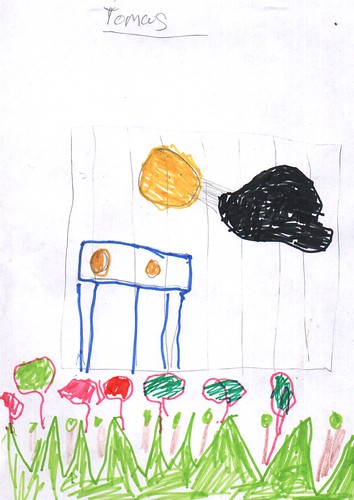 Chuck-the warrior, lives in a tent outside a castle.  His greatest wish is love, freedom and peace. He uses a bow and arrow and he is Welsh.

He is afraid of the ghost of the black plague, slugs and creepy crawlies.

Noah is outside in a meadow in the sun. There is a beautiful forest in the distance. It reminds Noah of Sherwood Forest.

The sunlight comes in through the meadow and shines on the trees.  Noah the artist imagines this view in his head.

Noah’s phone rings and he answers it.

“Hello back”, said Noah. He then tells Chuck about the beautiful view of the forest.

Chuck tells Noah about his own view: 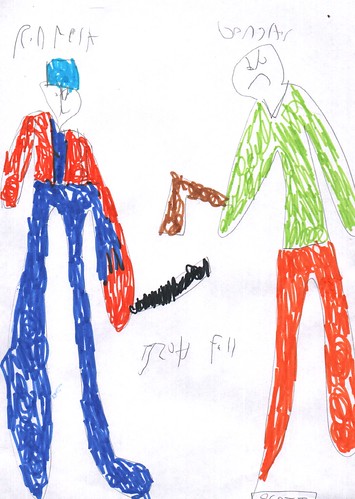 “There are loads of people where I am and it feels like I can’t breathe”.

Some of the people around Chuck have nun-chucks and he feels threatened.

Chuck has autism and doesn’t like being in crowds or colours. That’s why crowds make him uncomfortable.

“I’m sick of this,” he tells Noah.  “I don’t like being bossed around, judged, called nasty names or bullied.

I just want love, peace and freedom.  Can I come out to your place in the meadow for a chat?” he asks Noah.

“Come on out and bring your bow and arrow” says Noah to his best friend.

Later on, after he arrives in the meadow Chuck finds a beautiful girl who has been captured by the ghost of Black Plague.

Chuck knows she has been captured because he can see magic. He can see Black Plague hovering above the girl. The girl’s name is Villiania the Black Queen.

Chuck and Noah are a crime fighting team-called the Famous Two.  They have fought against drug dealers, rednecks, muggers and organised gangs.

Chuck is also a detective who does work with the police sometimes and he knows the true identity of Black Plague.

“I have 4 armies of velociraptors who are part human: they are in the forest and are coming your way!!!” Villiania tells Chuck and Noah.

Meanwhile, as Villiania is speaking, Black Plague disappears and goes to the pub.  Chuck shouts out:

“I know who you really are Black Plague.  Your name is Josephine McGuinness from Belfast and you were born in Scotland!” 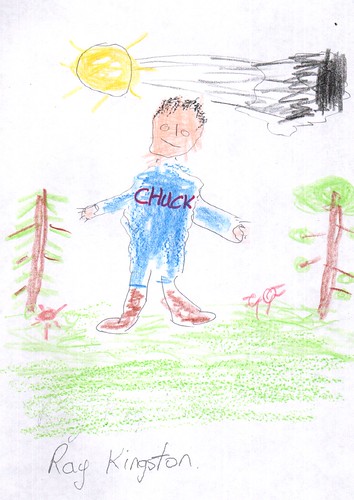 “If we don’t tell the police we will be attacked and mugged.” Chuck says to Noah.

The police are called and find Josephine’s fingerprints on a glass of beer.

They realise that Black Plague aka Josephine is behind it all and has set Villiania up.

They discharge the rapid response unit helicopter. Chuck flies up to it wrapped in a bubble to help, but they arrest him accidentally first.

When he convinces them they’ve made a mistake, they search the jungle and surround it.

Finally they capture Black Plague (aka Josephine) and she is put behind bars for life.

Villiania’s name was then cleared.

Now all that remained was to release Villainia from the spell.

They call David the local Scottish priest who did they thought could release Villainia.

David released the Black Plague from Chuck and Villainia by calling out: 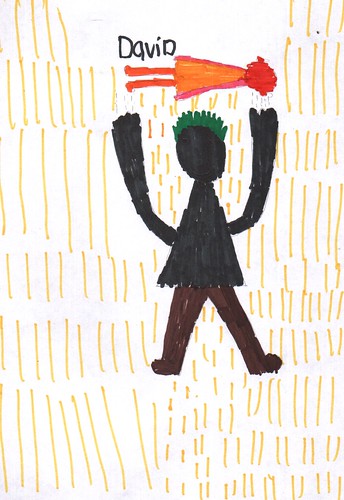 The Black Plague is released into the sunlight. Chuck and Villiana get married in Scotland.

They all live happily ever after.