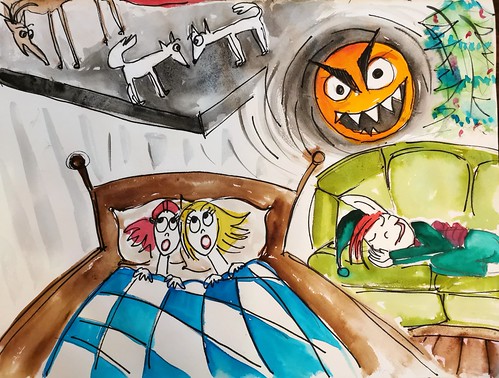 Justin the Elf was delivering presents with Santa. Suddenly, he saw Sprinkles, the reindeer. Sprinkles dropped the presents from the sleigh. The presents got stuck in a tree.

“We need to get those presents back or the children will not have presents to rip open on Christmas morning,” Santa said.

“I’m too small to get the presents, I could get stuck too,” said Justin the Elf.

There are two girls, named Madison and Maggie who did not get presents.

They got arctic foxes who put snow on the roof for Santa’s sleigh to land safely.

Santa crashed on the roof and the two girls woke up. They went to see what was going on and noticed Justin the Elf was missing from Santa’s sleigh. 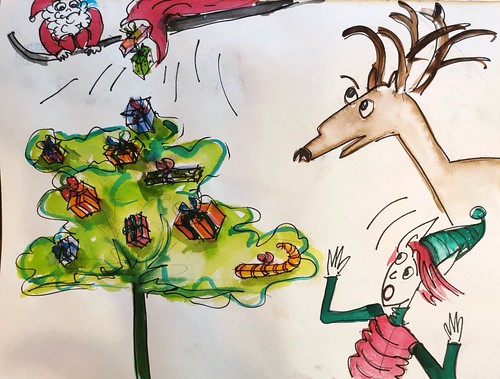 They found out that Justin the Elf was napping on Madison and Maggie’s couch.

Suddenly, they noticed a dark shadow in the sitting room. They had to get the Halloween spirit to get to Justin.

“If you want to get to Justin, you have to go through me!” said the Halloween spirit.

The Halloween spirit began to melt, but was it strong enough to defeat him…?