The Chocolate Bar and the Evil Cat 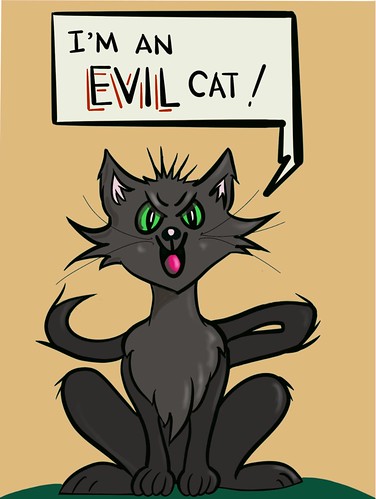 Once a Chocolate Bar named Brunche went down a toilet. He found a cat. But Brunche didn't know that the cat was evil.

Brunche ran and ran and didn’t stop running.  The cat bit him. 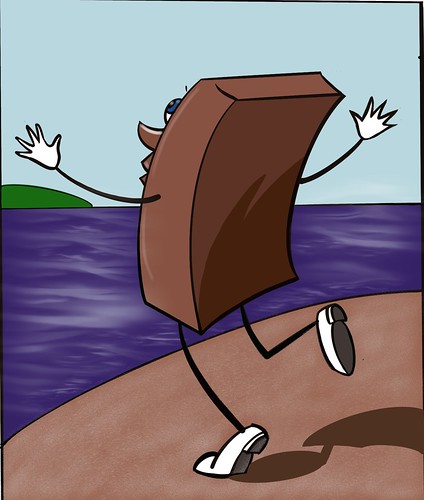 And then he ran into the sea and he swam to shore, but there was something wrong.

There was nobody there. Only the cat was there.

The chocolate bar shouted, “Help!” He forgot that nobody was there.

“Did you even hear that?” asked the cat. He gasped. “Look over there.”

A flying cat. Smack! The cat flew over from Ireland, over the UK, over France, over other parts of Europe and then said, “I’m in Italy.” 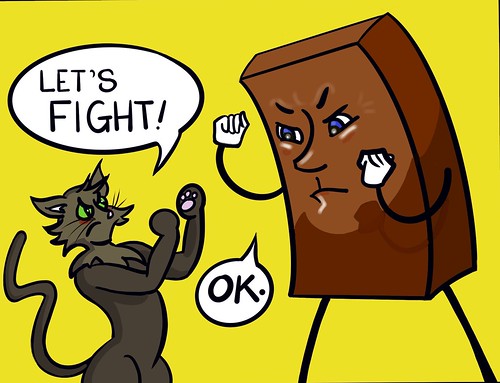 The cat was so annoyed that he ran back.  “I’m so annoyed! He made me lose my fake fangs,” said the cat to himself. “Oh! I can see him.” said the cat.