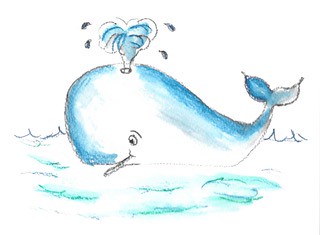 Chiniqua the gorilla was in the Mexican jungle looking for her friend, Herbert the whale.

“Herbert, come on! I have a cookie for you!” she called.

Chiniqua dropped a rock down the sewer. 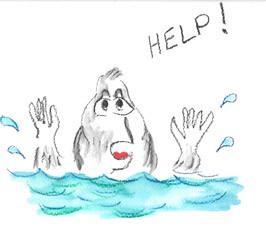 “Come out of there, I have this cookie for you,” said Chiniqua.

So Herbert came out and they met up on the beach.

They sunbathed and shared a pack of Hunky Dorys. 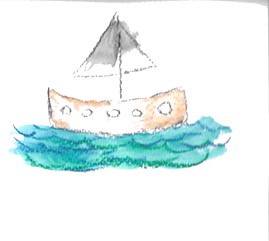 “I’d really love to learn to swim. Will you teach me?” Chiniqua asked.

“Jump on my back,” said Herbert and he brought her out to sea.

“Just flap your arms around there.

You’ll be grand,” says the Herbert the whale. 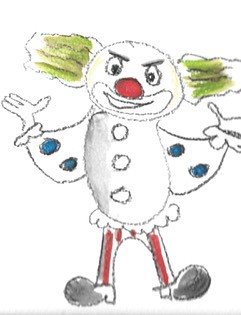 But Chiniqua began to drown, until she spotted a ship.

She paddled over to the ship.

But the ship was full of clowns!...