Cheevolicious - the wrath of disco time 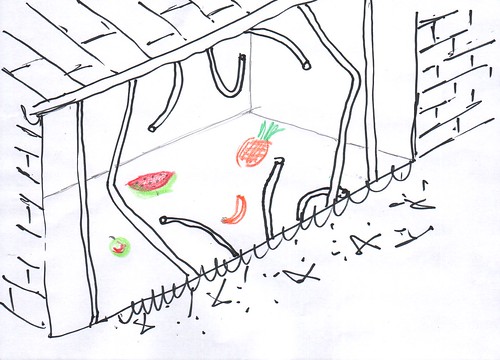 One night, Jovan broke out of the zoo and became a free gorilla.

He grabbed hold of the bars and ripped them off until there was only two remaining, then ran off into the night looking for Paddy the monster potato.

He wanted to kill the potato because he was mean: Paddy had been mean to him in the past.

On his way to find Paddy, Jovan finds a pen inside a pineapple and knows that this means that Cheevolicious is up to no good.

Jovan the gorilla knows that Paddy the monster potato is the only one who can stop Cheevolicious, so he decides that he can’t kill him.

The following morning, Paddy the monster potato and Jovan went for a walk. 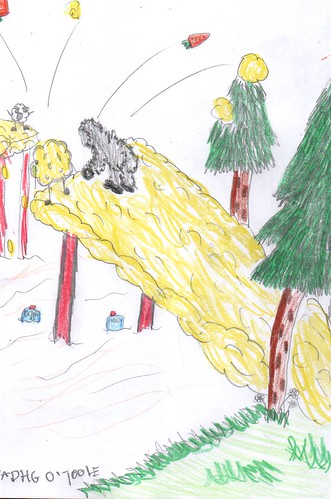 While they were walking in the woods Jovan smelled stale milk and said:

“It must be Cheevolicious, it’s disco time now.”

As he got closer to Cheevolicious he heard a song that went: “Pen, pineapple, apple, pen.”

“I don’t want to be mean to her because she has had a hard life,” Paddy said.

“Cheevolicious loves pugs, but, because she has bad eye-sight, she thinks everyone is a pug and wants to capture us all to feed us milk!” said Jovan.

As they are going through the woods they arrived at the Golden Mash Bridge. 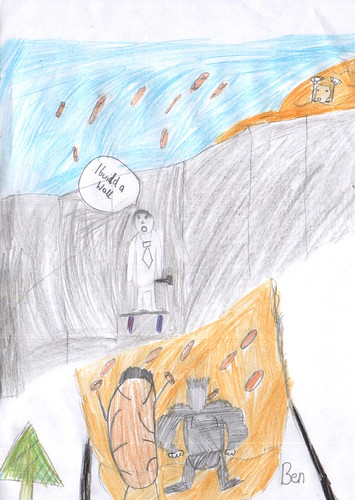 The bridge blew up and they couldn’t swim across because the river underneath was made from bleach.

Paddy started crying, “that bridge was made from my ancestors”. Cheevolicious jumped across the river, shouting: