Catman and the Attack of the Evil Chickens 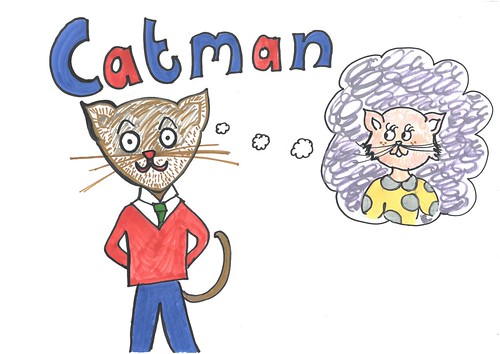 Once upon a time there was a chicken. The chicken saw Catman and Catman ran away.

The chicken went up to Catman and sneezed on him.

Then Catman got the chicken pox!

Catman saw Cow the Cow. “Hi, Cow the Cow, can you get rid of the chicken?” asked Catman.

Cow the Cow was going to jump on the chicken.

He squashed the chicken. An army of chickens ran after him. 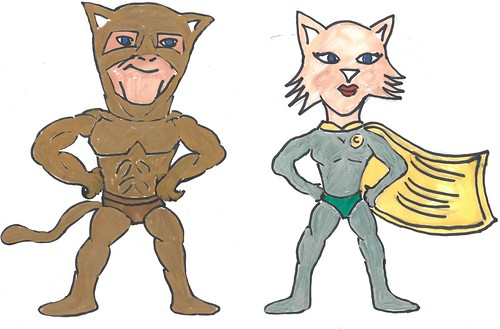 Catman came and scratched all the chickens away and then he fell into toxic water and got superpowers.

Cow the Cow got a big army and went after Catman to save him from the big chickens.

“I wish I had a friend called Catgirl,” said Catman.

Catman and Cow ran away and found a penny on the ground and there was a water fountain nearby. 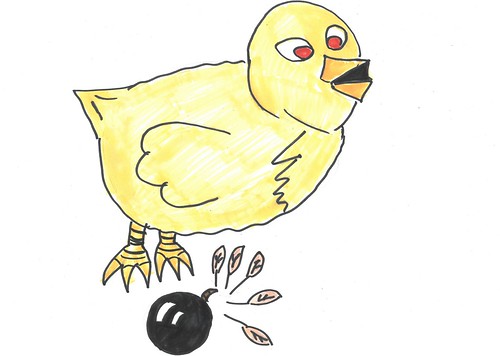 So Catman went up to water fountain and threw the penny in.

He said, “I wish I had a friend called Catgirl.”

Suddenly there was a cat called Catgirl, who came and jumped on the chickens and they fled.