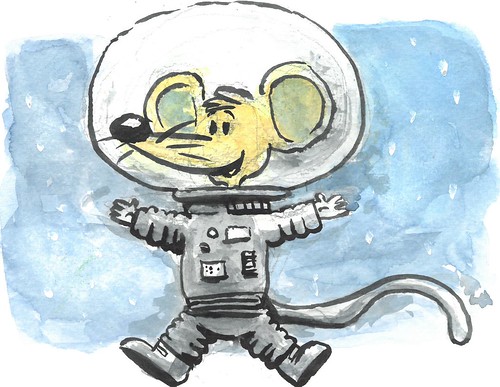 Once upon a time, there was a mouse named Cadet Squeak. He really wanted to go to the moon to see a unicorn in space.

But Cadet Squeak was afraid of elevators and the people told him that he could only go in an elevator to space.

One day, Cadet Squeak was walking around, thinking if he was going to go in the elevator or not, when he met Bill the Walking Cheese.

Bill the Cheese replied, “My name is Bill! What’s your name?” 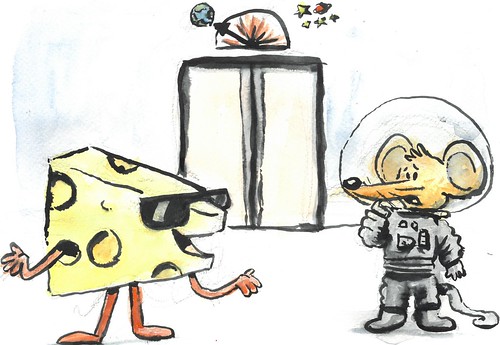 Cadet Squeak told Bill the Cheese about his fear of elevators and he helped him get rid of his fear.

Bill the Cheese said, “I’ve been in an elevator once. It’s not that scary! You can see glass underneath you and you can see the whole world and space.”

Cadet Squeak responded, “Is it really going to be easy? Because I am afraid of heights and it would be like you being a cheese and someone biting into you…”