Buddy the Policeman vs The Doughnut Monster Book 1 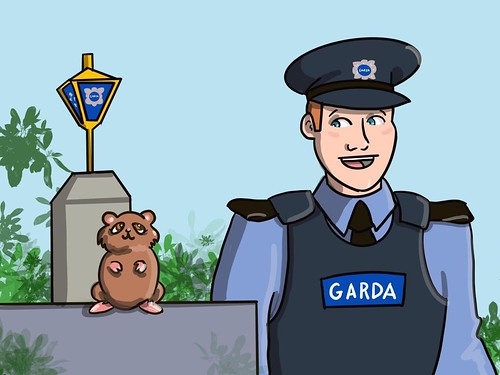 One day Buddy the Policeman visited a school to do a special experiment on four slices of pizza.

Buddy's manager at the police station told him that he needed to do this experiment in order to get the dog that he really wanted.

There was a can of Super Growth Formula right next to the slices of pizza.

When Buddy reached for one of the slices, he knocked over the can onto the pizza slices and they started to grow to ginormous proportions!

When the kids in the school heard the commotion, they all ran into the room and one of the kids had a doughnut in her hand.

When Buddy saw the doughnut he got really scared, because his greatest fear was doughnuts! Buddy didn’t realise that it was Doughnut Day at the school and everyone had doughnuts.

Timothy the Hamster was in the school trying to find food for his family, because he knew it was Doughnut Day. 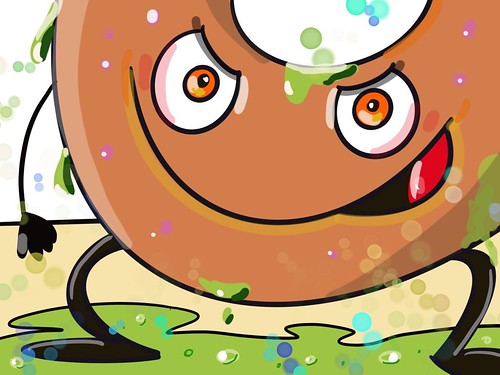 When he heard Buddy’s cry for help, he wanted to help.

Timothy went into super-hamster mode and ate all the doughnuts in the classroom so that there was nothing left to scare Buddy.

From that moment on, Buddy and Timothy were best friends.

Buddy remembered that he had a secret antidote hidden in one of his pockets. He sprinkled it on the pizza slices to get them back to normal size.

Just as Buddy thought things were back to normal and he could conduct his experiment, one of the students, who still had a doughnut in their pocket, threw the doughnut into the puddle that had been made by the Super Growth Formula. It turned into a giant monster doughnut...