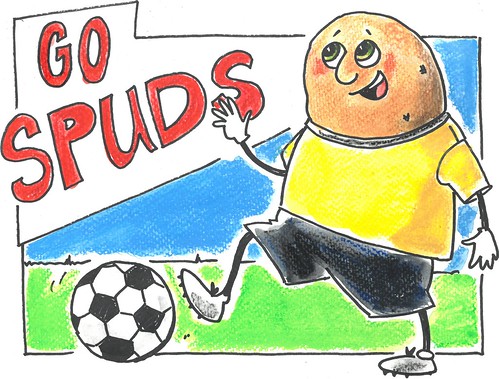 Once upon a time there was a football player named Mr Potato. He was trying to make a team of potatoes.

Nobody liked Mr Potato because he was a potato and he was so different.

The potato people were very good at football and they tried to win the Vegetable World Cup. They all played for Tater Tots. 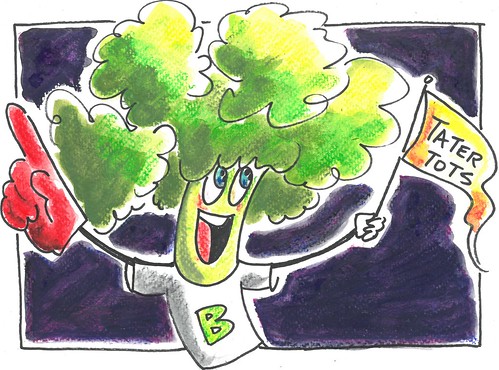 Mr Potato was having so much fun  - but deep down he was missing Bob Broccoli.

And after the match, they became best friends again but Carrot wanted to join the group.

But then one day, Mr Potato saw a sign that read: “NEW TEAM -  THE BROCCOLI BROS” led by Bob Broccoli…