The Boy Who Followed the Voice 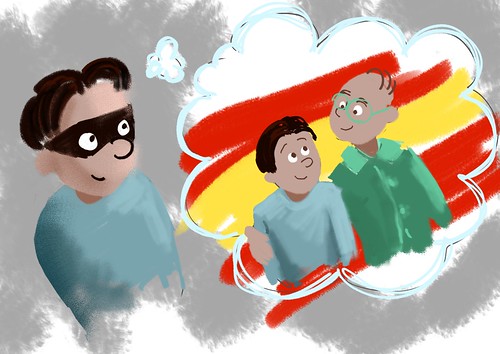 One day Eduardo was with his best friend, Diego the Homeless Man, and he started hearing voices in his head.

“Son, I am always watching over you.” His Dad’s voice said. “Follow in my footsteps and become a bullfighter.” 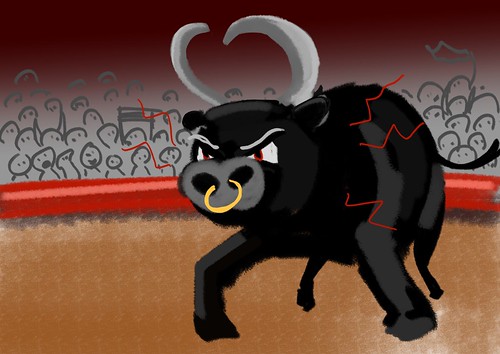 Eduardo went to the stadium to sign up to be a bullfighter.

When he stepped into the arena to fight a bull, he had flashbacks of his father.

He was distracted by the flashbacks and the bull rammed into him.

Diego ran onto the arena and wrapped Eduardo’s arm up in his only coat. 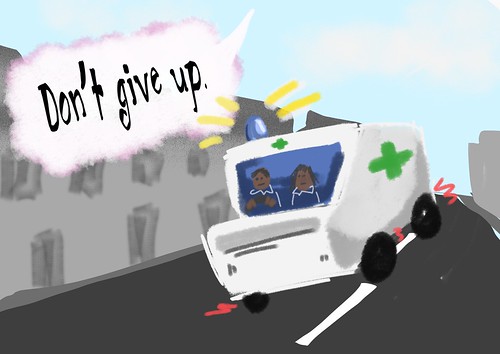 Diego’s plan was to save every penny to buy a house but he wanted to get Eduardo a prosthetic arm.

When Eduardo went to hospital, he heard his Dad’s voice again, “Don’t give up.”