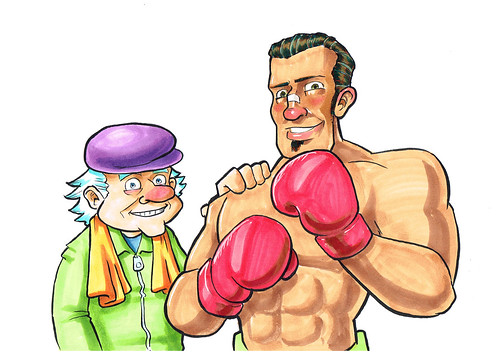 One day there was a boxer called Anthony Giggles. He was driving in his car with Coach Rick to training in Drummin Boxing Arena, which was next to Drummin National School.

In the middle of the car ride, a concerned Coach Rick told Anthony Giggles that he needed to go on a diet.

They finally arrived at the boxing arena and Anthony Giggles got changed into his boxing clothes.

“Coach Rick is very rude, I think I’m going to fire him,” thought Anthony Giggles to himself.

“I know what I’ll do,” thought Giggles. “I’ll put a bucket of freezing ice-cold water with a bowling ball in it and it will land on his head.” 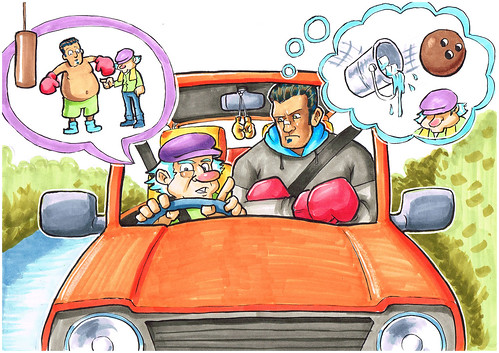 Giggles set the trick up and then heard a loud, blood-curdling scream…