Skip to main content
Home Stories Bobberdingding and the Cats 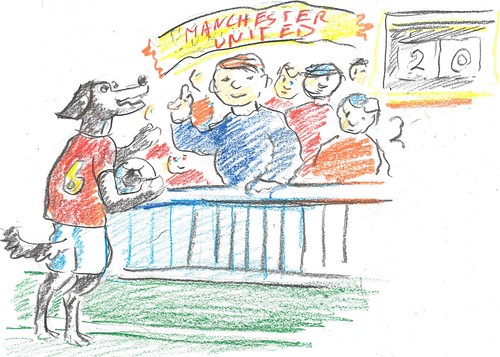 Once upon a time there was a dog named Bobberdingding. His best friend’s name was Garthur.

Bobberdingding played midfield for United and he was number six.  His friend Garthur cheered for him.

Bobberdingding’s second best friend was the ghost goalkeeper. His name was Babasunye.

United competed against Liverpool and the team was made up of cats. Cats were were Bobberdingdig’s biggest fear.

One day, when Bobberdingding was doing well, Liverpool offered a contract, but he didn’t move because they were cats.

One Saturday, United were down 2-0 against Liverpool in the 36th minute. But they came back 4-2. 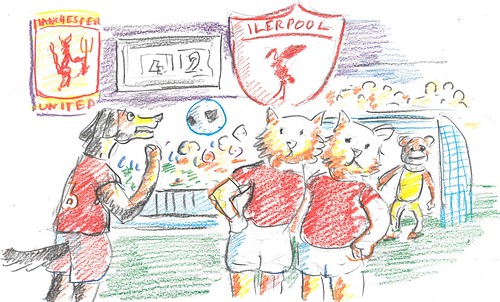 Bobberdingding’s biggest dream was to play in the Champions League final, but that would mean he would have to play against the cats.

Liverpool were on a big winning streak, so he got nervous.

The winning streak continued on through out the season.

Finally, United got to the Champions League final against Liverpool...