Bob Jefferson and the Veggie 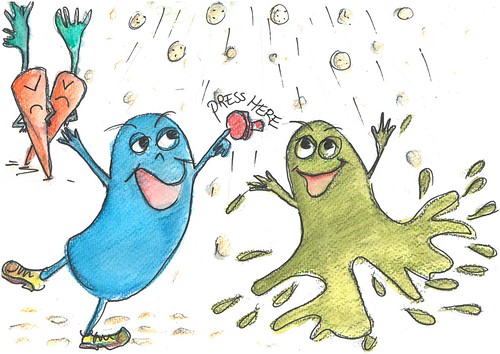 Once upon a time there was Tic Tac called Bob Jefferson. He met a blob called Brice the Slime Ball.

Bob pressed a big red button and it began to rain cookies. One cookie hit him in the head and Bob was knocked out cold.

When Bob woke up, he saw a carrot right in his face. While Bob was asleep, he saw Slime Ball dancing.

He slapped the Slime Ball’s face and it fell off. Meanwhile, Bob Jefferson the Tic Tac screamed and ran away from the carrot.

The carrot took Slime Ball to the hospital. The Tic Tac screamed, “Help me!”

The carrot said, “You better eat my face or you’ll become fat.”

He ran away and tripped on his face. The carrot came up and asked him if he was okay. 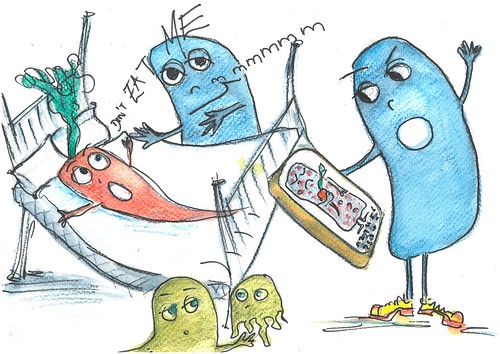 But Bob Jefferson got up and ran away.

Bob looked up on his phone: “Are veggies bad for you?” He found that veggies give you loads of spots.

Bob also found out that they would make him very sick and he would have to go to a different country to get better.

Meanwhile at the hospital, Bob found a carrot on the bed and ate it.

A character named Mr. Chomp Chomp then tried to attack the carrot…