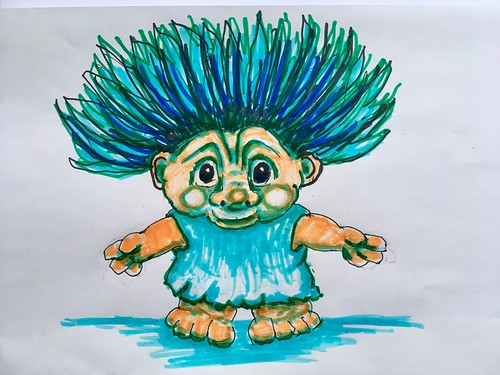 Once upon a time there was a troll called Bob the Troll who wanted to be the biggest superhero in the world.

His best friend was Minizilla, the miniature Godzilla.

He and Minizilla did everything together and it was very rare that you’d see them apart.

They were very brave when they were together but their only fear was a four-headed fish.

“The four-headed fish lives in a sparkly river beside my house,” said Minizilla.

Bob was always scared of the four-headed fish because whenever he got too close to the river, the fish would try to drag him in.

One day Bob woke up and Minizilla wasn’t beside him so he went looking for him. 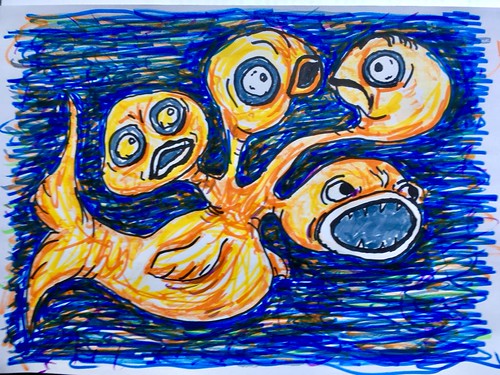 It was Saturday and usually they ate superhero cereal together.

Bob went to the part where they usually eat cereal and all he found was a picnic spot beside the river with Minizilla’s hat and a trail of superhero cereal leading to the river.