Bob A and Barta's School Trip 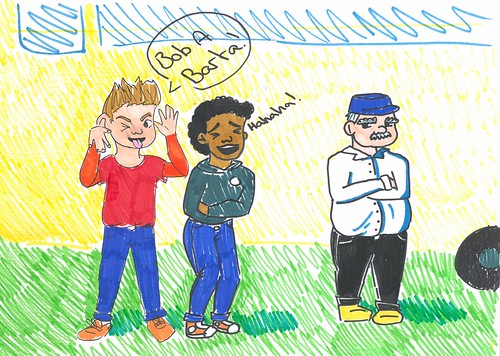 The bus driver had no clue what was going to happen.

Barta and Bob A annoyed the bus driver so much that he crashed the bus into a huge tree.

The bus driver called another bus so they could continue the tour but when they got on board Bob A and Barta continued to say: “Bob A, Barta” in annoying voices.

Finally they got tired as the bus pulled up at the haunted house. 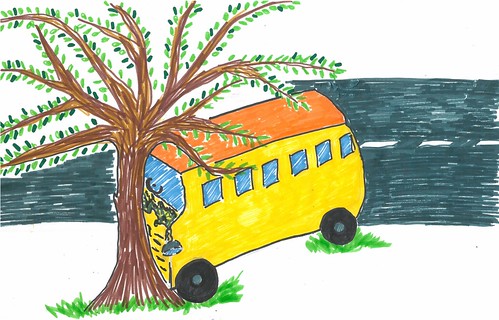 When they got to the haunted house they realised one of the friends from their class was missing.

The person missing was Barta.

There was a trail of butter on the floor that led into the haunted kitchen.

Suddenly they all heard screams from the basement…