Blob and Buster the Saviours 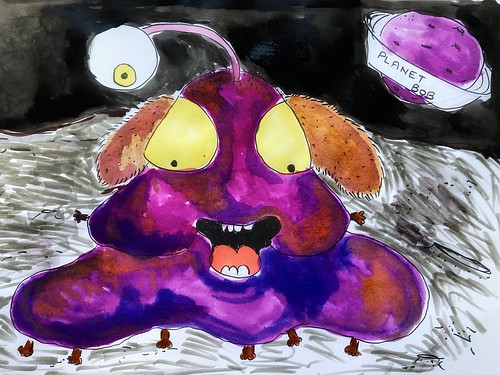 Blob the alien started his life in a spaceship. Then he got kidnapped by the owners of a puppy called Buster, then they decided they didnt want either Buster OR Blob.

They brought them to their own planet. Just before they pushed him out they said:

“You have one week to make this a livable planet!

Our planet is too crowded so we need to make a new planet!” Their planet was going through climate change and it was really bad.

Then Blob discovered that he could talk to the dog:

“Let’s just live here and keep it forever and not do it up!” said Buster.

Their landlords came back and gave out to them: 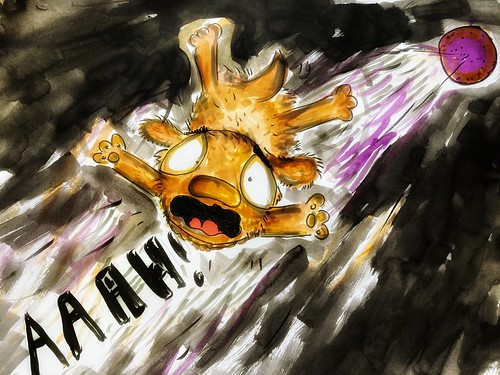 “You have two more days to make this work, and if you don’t you’re in BIG trouble!”

Blob and Buster made a little hut for themselves.

The next time the landlords came back, blob and Buster told them that they had built something, trying to mess with them.

“Look, we built something!” said Blob.

The landlords got really angry at them, so angry that they threw Buster onto another planet.