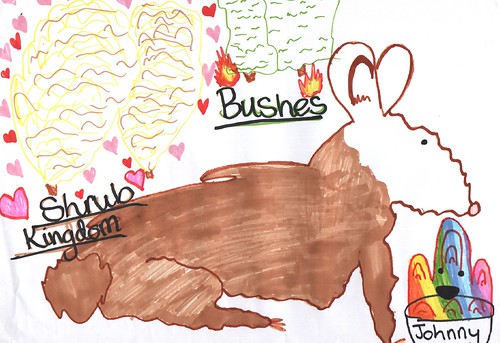 Biskit is on a mission. He needs to get to Shrub Kingdom with his best friend, Johnny the bowl of rainbow jelly.

Biskit is in his gaff planning how to get past the dirty bushes.

“We have to get to Shrub Kingdom before sundown on Saturday night.” Biskit said.

“I think I forget...” Biskit replied. 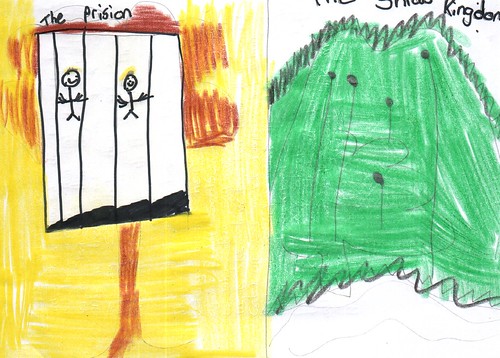 “Will they eat me?” Johnny jiggled with fear.

“We need disguises, why don’t we dress up as bushes and go undercover in their gang?” Biskit shouted in excitement.

“We need to cover ourselves in mud” exclaimed Johnny.

They went back to Biskit’s hamster wheel to teleport to the outskirts of Shrub Kingdom, where the bushes lay quiet. 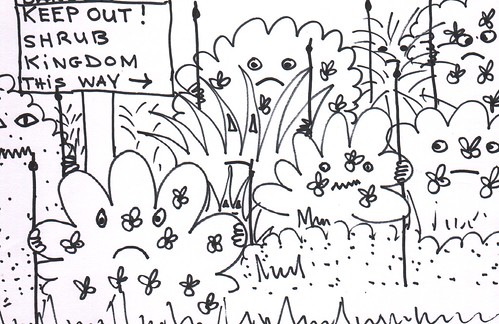 The teleportation device didn’t have enough range to get through the protective barrier around Shrub Kingdom.

They ran on the wheel to gain energy and suddenly they arrived on the outskirts of Shrub Kingdom.

They saw an entire army of bushes with pointy sticks with Oreos on top, marching towards Shrub Kingdom and chanting.