Bipbop and his Real Nightmares 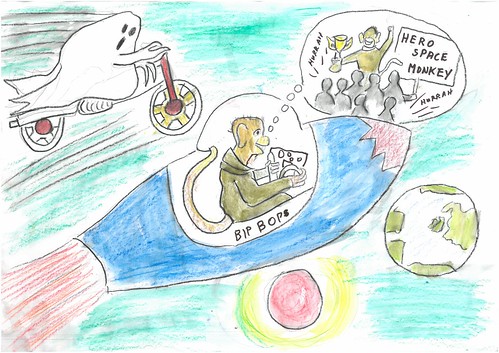 One day, in Mars there was a space monkey called Bipbop.

When he was a kid he dreamed of becoming a super monkey hero.

He travelled to Earth every day, because he wanted to find more monkeys to be his friend.

But he never found the right monkey to be his best friend, but he already had a best friend, named Invisible man.

Every night when he slept, he had nightmares of a ghost on a motorbike.

He was afraid it would come to life.

One night, while he was out fighting crime, he thought he saw the ghost on the motorbike.

“I’m really scared” said Bipbop “I thought I saw the ghost on a motorbike. Now I’m going to have more nightmares” 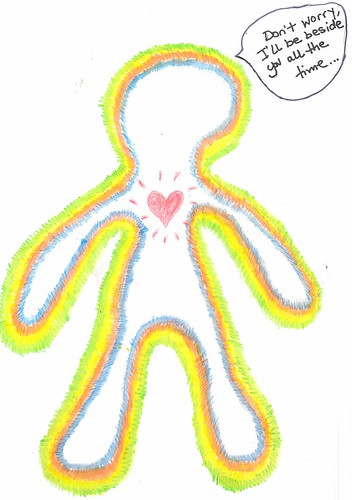 “Forget about it” replied Invisible man “Go back to fighting crime”

“But what if I see him again and he kills me?” said Bipbop

“Don’t worry I’ll be by your side every night”

Bipbop brought Invisible man back home to have a cup of tea.

Afterwards, they decided to have a little talk about how they met each other.

Suddenly there was a knock on the door, and it burst open.

Bipbop and Invisible man screamed. They were terrified!

The lights turned off. Bipbop finds the light switch and turns them back on.

Standing in the doorway was the Ghost on the Motorbike…