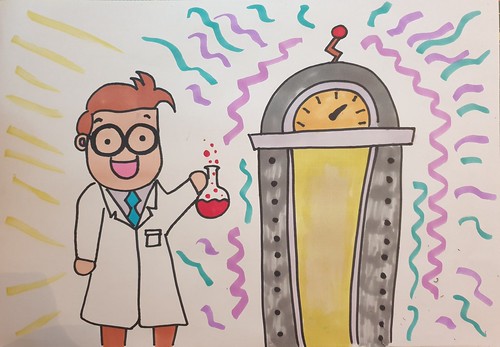 A long time ago there was a scientist called Billy. He always had a wish to time travel so one day he did.

He started building the time machine anyway. He was done a week later. 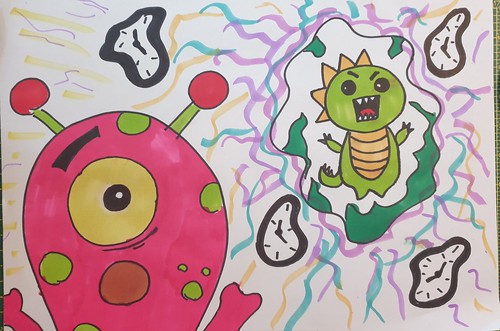 He kept the machine in the garage of his best friend, Thomas the Alien’s house.

One Tuesday, they went back to dinosaur times. Then they heard a big, roaring sound. Billy felt nervous.

He saw the dinosaur and leapt back into the time machine but it was broken.

He thought he’d fixed it again and rang his friend, Thomas, on his phone.

Billy was running back to the time machine, crying because he was so scared.

When he went back he realised he was missing some parts...